Rabat - Barcelona's goalkeeper, Marc-Andre Ter Stegen, has no idea regarding his future with the Catalan team when his contract comes up for renewal. 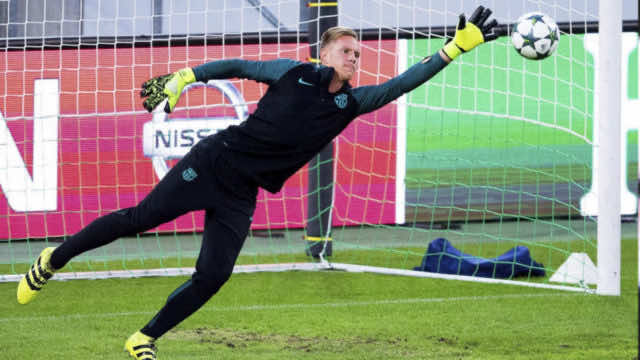 Rabat – Barcelona’s goalkeeper, Marc-Andre Ter Stegen, has no idea regarding his future with the Catalan team when his contract comes up for renewal.

The 24-old year old goalkeeper told Spanish newspaper, La Vanguardia Sunday, that he has no idea whether he will renew his contract with his team or not.

“I am happy with my colleague here and I hope to win many more trophies, that is my goal (…) Will I stay in Barcelona for a long term?  I do not know,” he added.

English media reported that Manchester City’s coach Pep Guardiola in interested in signing the 24 year-old goalkeeper next season.FC Liverpool is also believed to be campaigning to have the German international goalkeeper by its side.

Ter Stegen added that he is doing his best with his current team, working on improving his techniques.

The German goal-keeper signed a five-year contract with the Barcelona in 2014. His contract will come up for renewal in 2019.