Casablanca - Social networking website, Facebook, has announced that it will add a new feature called Personal Fundraiser, which will allow its users to safely raise funds. The announcement was made on March 30. 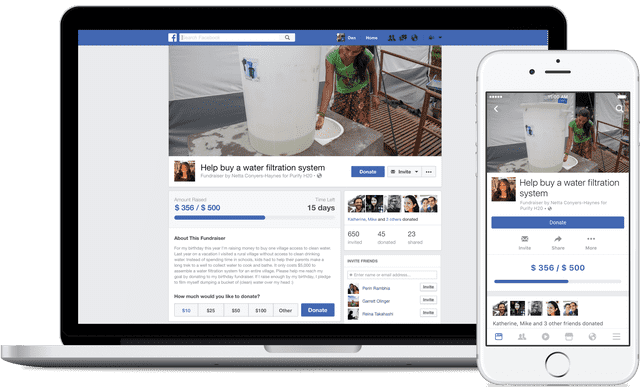 Casablanca – Social networking website, Facebook, has announced that it will add a new feature called Personal Fundraiser, which will allow its users to safely raise funds. The announcement was made on March 30.

Facebook has made public its intention to include a new feature to help its users fundraise for personal purposes. The exact date for the activation of this feature, called Personal Fundraiser, has not yet been disclosed but it is expected to take place in the coming weeks.

Once launched, users aged 18 and older will be able to make formal pleas on Facebook instead of going to other crowdfunding websites and sharing their links on social media. Facebook has organized it into 6 fundraising categories including education, medical problems, pet medical, crisis relief, personal emergencies and funeral and loss.

According to Facebook’s Vice President of Social Good, Naomi Gleit, the new feature will enable users to quickly raise money for important or urgent causes. “Friends can donate in a few taps with secure payments, without leaving Facebook. Since you can see real profiles on Facebook, donors will see how they are connected to the person who created the fundraiser, the person benefiting and others who are supporting the fundraiser,” Gleit explained.

Facebook will charge 6.9 percent as well as 0.30 percent on every donation, which is higher than the 5 percent required by most crowdfunding websites. Stephen Rocco Rodi asserted in an interview with CNNTech, however, that Facebook is “not in the business of making profit on this” feature. He added that the fee will be put toward fraud protection, payment processing and vetting.