Rabat - For decades, United Nations (UN) peacekeepers accused of sexual exploitation and abuse have operated under an umbrella of impunity. 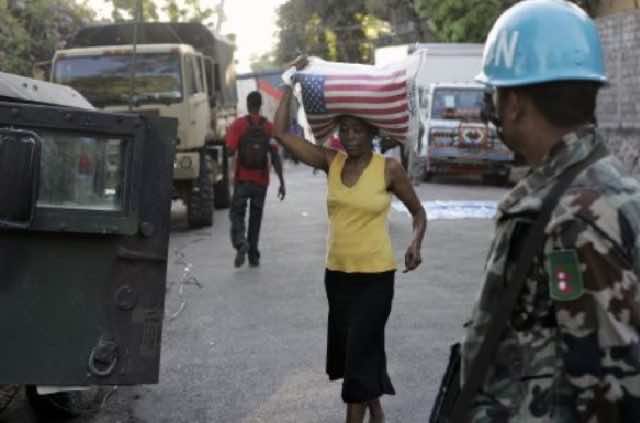 Rabat – For decades, United Nations (UN) peacekeepers accused of sexual exploitation and abuse have operated under an umbrella of impunity.

Last week, Christian Saunders, the UN director of the Office of the Under-Secretary-General for Management, told Al Jazeera’s The Stream that this was about to change.

“There is no longer going to be impunity,” he said, adding that UN Secretary-General Antonio Gutteres is going to work with member states to ensure abusers are “held criminally responsible” for sexual abuse.

He highlighted that Gutteres had committed to “zero tolerance” and the creation of a “high-level task force.”

“This was almost the first thing he did taking office,” said Saunders.

Saunders outlined the new four-part UN strategy, which revolves around a victim-centric approach, with victim’s rights advocates in all the major peacekeeping operations; an end to impunity; increased transparency; and an awareness of the broader context of sexual abuse as a danger for women all over the world.

Saunders also highlighted what Gutteres didn’t do: “He didn’t wait for a crisis in order to act.”

Of course, that depends on how you define a crisis.

“Since 1948, the UN has been raping third world women,” said Ezili Dantò, the founder of the Haitian Lawyers Leadership Network.

Al Jazeera’s recent Faultlines documentary, Haiti By Force: UN Sex Abuse, spotlighted one current example. Femi Oke, who presents both Faultlines and The Stream, spoke to Haitian women who say they were raped by UN peacekeepers there. Some of them were under-age at the time; some of them are now single mothers as a result; most described anonymous, violent attacks they didn’t report to the authorities.

The United Nations cites 85 allegations of sex abuse in Haiti between 2008 and 2015, but independent estimates suggest the figure should be much higher, at more than 500 women raped or exploited by UN personnel since 2005.

Haiti isn’t an anomaly. There are reports of abuse by UN workers in several other countries, including the Central African Republic, the Democratic Republic of Congo and South Sudan. Africa hosts nine of the 16 UN peacekeeping missions currently active.

On The Stream, Megan Nobert, founder and executive director of Report The Abuse, pointed out that sexual abuse by UN personnel is not just happening to the local population, but against the humanitarian community itself.

Impunity is enjoyed by those who commit these crimes because international laws are interpreted to grant peacekeepers immunity from any criminal liability in the countries they serve.

Former UN investigator Peter Gallo calls this a “fiction.” “There is no immunity under the 1946 Convention on Privileges and Immunities for sexual offences; the UN has maintained the fiction that there is to not allow these cases to get in front of the Haiti courts.”

Dantò agrees. “The law doesn’t actually give impunity. It gives immunity to the UN for the purposes of the mission.  Raping a four-year-old child in return for food is not part of the mission of the UN in Haiti or anywhere else, so they don’t have any immunity… So this whole conversation about the UN having immunity and not being able to do anything about the perpetrators is false.”

Gallo says the UN have even stretched this Convention to stop UN staff members testifying as witnesses in sexual abuses cases, even when the UN is not accused of any wrongdoing. Citing a case in the Central African Republican against French peacekeepers, he said, “This is the equivalent situation: can you imagine someone who works for the UN, goes out for a sandwich at lunchtime in New York, and witnesses a crime, a mugging. And the UN prevents them from giving a statement to the New York police ‘because I’m a UN staff member and I’m somehow magically protected that I’m above the law.’ Not because a UN staff member committed a crime but because a UN staff member was involved in the loop of reporting it. That is a complete and utter abuse of the 1946 convention.”

Dantò dismissed the UN’s new policy and promises. “It’s an absolute joke,” she said. “The UN has been saying this since 1948: zero tolerance.” She added that in practice this only resulted in nine-day suspensions for impregnating a minor, when any action was taken at all.

She labelled Saunders’ statements as ““mythological,” variously calling the UN “an imperial force,” “a colonial screen,” a “criminal organization,” an “abomination” and “an institution that is above the law.”

She called on US President Donald Trump to not fund the UN mission in Haiti. “Haitian women want the UN out of Haiti,” she said.

In February, the UN announced the number of reported cases worldwide has risen since 2015, something they attribute to their efforts to encourage victims to come forward.