Rabat - Before an audience of web enthusiasts, the 10th Annual Morocco Web Award was held at the Studio of the Living Arts of Casablanca, Sunday in Casablanca. 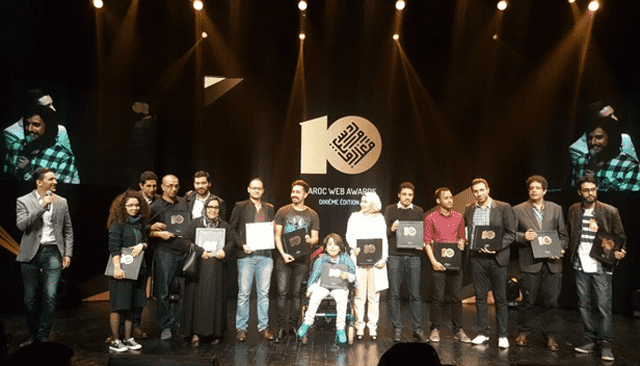 Rabat – Before an audience of web enthusiasts, the 10th Annual Morocco Web Award was held at the Studio of the Living Arts of Casablanca, Sunday in Casablanca.

The Morocco Web Award rewarded the best of the web from bloggers and podcasters, to artists and starters on Sunday night at the Studio of the Living Arts in Casablanca.

Several moments marked the 10th annual program. In addition to the usual awards ceremony  that recognizes Moroccan talents for their achievements on the web, this year’s edition was also marked by a series of debates, meetings and training workshops. Sessions were held, dedicated to photography, storytelling, video creation and lifestyle blogging.

The Person of the Year Award was given to Chef Omar, the youngest culinary podcaster in Morocco. YouTuber of the Year was awarded to Anouar Ferhat, known for his humorous personality and videos. Hamza Haris won the Creative Trophy of the Year.

“Humans of Morocco,” shared pictures of Moroccan citizens captioned with their stories. It won three prizes, namely Best Facebook Page, Best Blog of the Year and Best Content Quality. The Best Webzine of the Year was awarded to Maany and “Saymonshop” received the award for the e-commerce platform category.

The prize for the Event of the Year returned to “The Geek Week,” while Lbotola and Pygmalion were awarded the Best Mobile and Web Applications.

The organizers of the Morocco Web Awards also recognized the second episode of Hicham Lasri’s web-series, “Bissara Overdose.” It was named Video of the Year.

The Start-Up Trophy of the Year was won by student, ma and the award for Best Photographer was given to Ikram, a young woman who had impressed internet enthusiasts with her talent.

Article of the Year was awarded to Farah Achbabe for her piece “Voyage en Chine à Travers le Temps.” 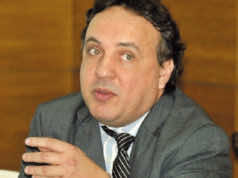 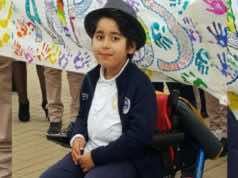