Rabat - Morocco will participate in the 5th edition of the international business convention for the aeronautics and space industries called "Aeromart Montréal." 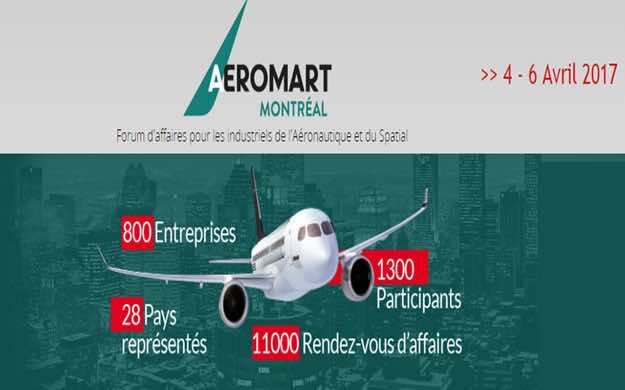 By
Chaima Lahsini
-
Chaima Lahsini is freelance journalist and activist with the Al-Fam collective in Rabat.
Apr 3, 2017
Spread the love

Rabat – Morocco will participate in the 5th edition of the international business convention for the aeronautics and space industries called “Aeromart Montréal.”

The Moroccan Export Promotion Center, Maroc Export, is organizing the participation of the Kingdom in this event, in partnership with the Group of Moroccan Aerospace and Space Industries (GIMAS).

The event is scheduled from April 4-6 in the Canadian city of Montreal.

Moroccan participation is part of the industrial acceleration plan and follows the launch of the first four aeronautical ecosystems in the Assembly, Electrical Wiring and Harnesses (EWIS), Maintenance-Repair & Revision (MRO) and Engineering sectors.

This event represents a major meeting point between the actors of the aeronautics sector. It will involve the participation of 800 companies from 28 countries and the organization of more than 11,000 B2B meetings. It will also be marked by the organization of the Global Supply Chain Summit, which aims to help companies of all sizes in the aerospace sector make the switch to Industry 4.0, adds the same source.

Morocco Export will join 5 companies and 4 representatives of the aeronautical ecosystems, in addition to organizing a conference for the presentation of the Moroccan aeronautical industry.

The objective of this participation is to create strategic partnerships with key players in the avionics and aerospace segments of the aeronautics industry on both the European and American continents. It also represents a valuable opportunity to present Moroccan know-how to several other organizations.

The forecast for the aerospace market is very optimistic for the next 20 years, states Maroc Export. Global demand for air transport will increase by an average of 4.7 percent from 2015 to 2033, which represents an estimated 36,800 more aircraft of all sizes, estimated at USD 5,570 billion.

The Canadian aerospace industry generated USD 29.8 billion in direct revenues, created 89,000 jobs and contributed USD 13.3 billion to the country’s GDP. More than 70 percent of the sector’s activity is devoted to manufacturing and the remaining 30 percent includes maintenance, repair and overhaul (ERR) activities. Both aerospace ERR manufacturing and services sectors experienced growth in their contribution to GDP between 2010 and 2015, with respective increases of more than 11 percent and 25 percent, says Maroc Export. 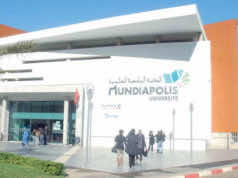