Rabat - The Ethiopian maid, who was the subject of footage showing her falling from the 7th floor of her employer’s building stirring worldwide controversy, has appeared in a new video telling her story and thanking people for their concern.

Rabat – The Ethiopian maid, who was the subject of footage showing her falling from the 7th floor of her employer’s building stirring worldwide controversy, has appeared in a new video telling her story and thanking people for their concern.

A new video has been posted on social media showing the young Ethiopian maid, who was filmed by her employer calling out for help and then falling from a seventh floor window. She is now explaining to people what led to the situation in the video.

“I was trying to save myself, and run away for fear I would be killed inside the house, away from people’s sight,” she said.

The housemaid stated that she was moved by the immense sympathy her story attracted throughout the entire Arab world. Addressing her speech to the people, she said “I love you, I love you for this concern.”

With regard to her health situation following her fall from the seventh floor onto an iron roof, the Ethiopian young woman said that she is recovering.

Investigations led by Kuwaiti authorities led to new revelations. The Ethiopian maid ran away from her first sponsor. She has been registered in absentia since 2014.

A few days prior to the video, the maid began working for this Kuwaiti woman through a fake office. Kuwaiti authorities are currently looking for the operators of this office. 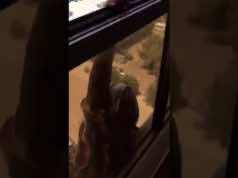 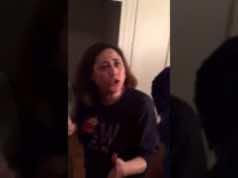