Rabat - An unidentified explosive device detonated in the St. Petersburg metro, killing 10 and injuring around 20. The incident occurred Monday afternoon. 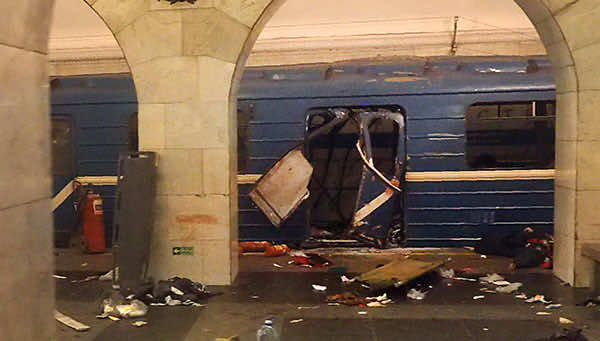 Rabat – An unidentified explosive device detonated in the St. Petersburg metro, killing 10 and injuring around 20. The incident occurred Monday afternoon.

9 people have died and at least 20 others have been injured in the St. Petersburg’s metro system after an unidentified explosive device went off. The attack took place at 2:20 pm on Monday in a train traveling to the Sennaya Ploshchad station from the Technology Institute station.

Veronika Skvortsova, Russia’s Health Minister, originally stated that 7 people had died instantly, whereas two died in the hospital and one on the way to the hospital.

According to the Russian National Anti-Terrorist Committee, another explosive device was deactivated after it was found at the Ploschad Vosstaniya station.

Russian authorities have announced a three-day mourning period in St. Petersburg and the state investigative committee dispatched investigators to the city. CCTV reportedly captured images of the plotters and an arrest warrant was issued for two people.

Immediately after the attack, all subway stations in the city were shut down and the National Anti-Terrorism Committee said that strict security measures would be implemented.

A video of the immediate aftermath of the blast posted to Facebook shows the attacked train in bad shape. Hysterical passengers appear running about trying to save people locked inside amid the smoke resulting from the explosion. 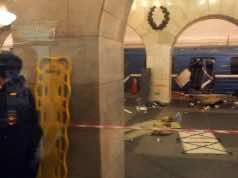