Rabat - The European Investment Bank (EIB) has approved a loan of 70 million euros to support the EuroMed University of Fez (UEMF). 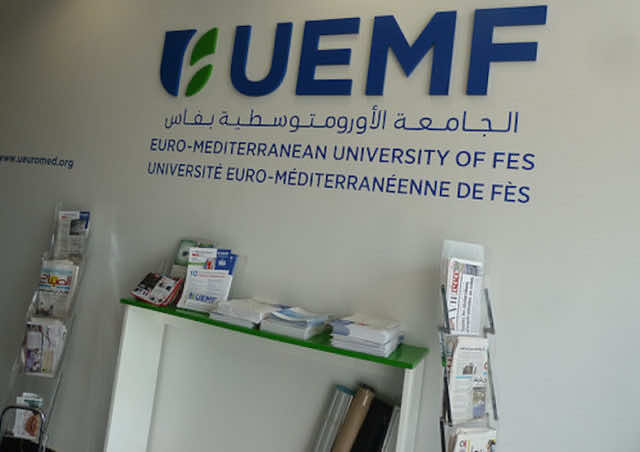 Rabat – The European Investment Bank (EIB) has approved a loan of 70 million euros to support the EuroMed University of Fez (UEMF).

The European Investment Bank (EIB) has approved a € 70 million loan to support the EuroMed University of Fez (UEMF). EuroMed is a flagship project of the Union for the Mediterranean (UfM), contributing to regional integration and stability through the promotion of international mobility, intercultural dialogue and cooperation in the fields of higher education, research and innovation.

This loan represents a substantial contribution to the construction of the UEMF eco-campus, said a UfM statement. It added that the loan will consolidate the regional dimension of the University, whose main purpose is to build bridges between the two Mediterranean regions in the academic, scientific and intercultural fields.

The EIB loan will finance the construction of the eco-campus, including educational and research facilities, sports areas, a bookstore as well as other facilities, said the same source. This contribution from the EIB comes in addition to assistance from other international, European and Moroccan financial partners.

The project, initiated by King Mohammed VI, will accommodate more than 6,000 students representing several nationalities in the Euro-Mediterranean region and sub-Saharan Africa.

More than 80% of the student body will benefit from international mobility opportunities, with the aim of obtaining a dual diploma. The University has also received institutional support from the COP22 steering committee as an “ecospace model that combines academic life, research, innovation and technology transfer, all in a healthy environment and using the latest sustainable development technologies.”

“I would like to express my gratitude to the EIB for its support of the EuroMed University in Fez and to congratulate the UfM General Secretariat for the decisive role it has played in this success,” said Mostapha Bousmina, President of the UEMF, quoted in the press release.

The Euro-Mediterranean University of Fez is a new center of excellence. It was certified by UfM member states in 2012 and contributes to regional stability and integration through the promotion of intercultural dialogue and exchange, knowledge sharing and cooperation in the fields of higher education, research and innovation.