Rabat - King Mohammed VI has sent a message of condolence and compassion to President of the Russian Federation, Vladimir Putin, following Monday's bomb attack on the St Petersburg metro. 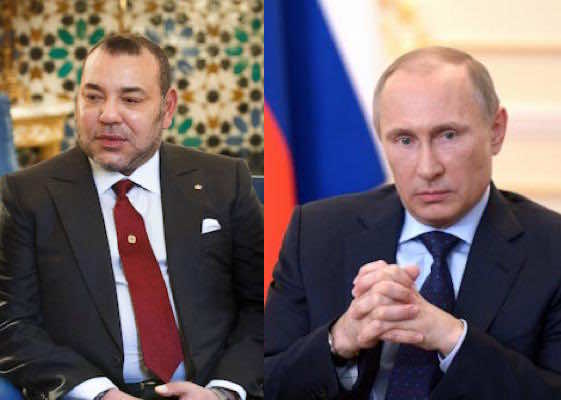 Rabat – King Mohammed VI has sent a message of condolence and compassion to President of the Russian Federation, Vladimir Putin, following Monday’s bomb attack on the St Petersburg metro.

In his message, the King said that he had learned with great emotion and deep indignation the sad news of this “ignoble” terrorist attack that targeted the St. Petersburg subway.

In this tragic circumstance, the Sovereign expressed His condemnation of such a wretched criminal act, aimed at undermining the safety and security of innocent citizens.

While expressing his total solidarity with the friendly Russian people, the King reiterated the Kingdom’s firm condemnation and its vigorous denunciation of all forms of cowardly terrorism, which has neither religion nor nationality.

The Sovereign shared his deepest condolences and sincere feelings of compassion to President Putin, to the grieving families of the victims and to the friendly Russian people. He implored God to welcome the victims in His vast paradise and to grant patience and comfort to their loved ones. King Mohammed VI also wished the injured a full and prompt recovery.

22-year-old Akbarjon Djalilov detonated an explosive device that left 14 dead and 49 still undergoing medical treatment. The suspect also perished in the attack. According to an updated report from Reuters, Djalilov was originally from predominantly Muslim Kyrgyzstan.

Russian media has reported that police have indicated that Djalilov had Islamist associations. For that reason, they have not ruled out the possibility that the attack was at least inspired by ISIS. If so, this would mark the first incident of its kind in a major Russian city.

Djalilov’s uncle, Eminzhon Jalilov, spoke to Reuters in a telephone interview. He described his nephew as a Muslim who regularly attended mosque but insisted that he was “not a fanatic.”

The fact that police investigators found traces of Djalilov’s body among the other victims seems to contradict the uncle’s assertion.

The blast occurred Monday at 2PM (11:40 GMT) in a train that travels through the city center, entering a tunnel between two stations, Sennaïa Plochtchad and Tekhnologuitcheski Institout.