Rabat - The Tanzanian stage of the second edition of the African Business Connect was launched, on Wednesday in Dar Es Salam, at the initiative of Maroc Export and BMCE Bank , with the presence of more than 300 participants from Tanzania and Morocco. 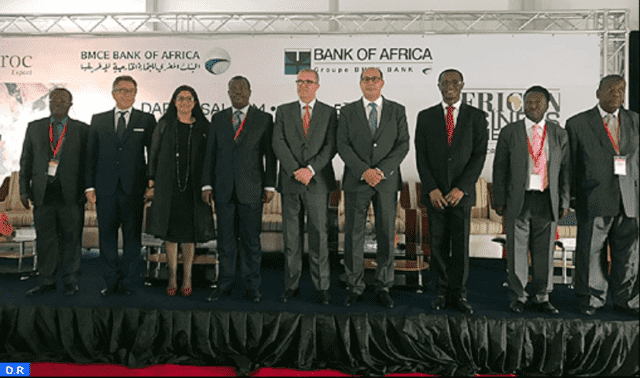 Rabat – The Tanzanian stage of the second edition of the African Business Connect was launched, on Wednesday in Dar Es Salam, at the initiative of Maroc Export and BMCE Bank , with the presence of more than 300 participants from Tanzania and Morocco.

The opening official ceremony of this stage was marked by speeches of officials and representatives of various organizations, who emphasized the importance of the African economic cooperation, insisting on the importance of this kind of meetings to boost exchanges between public and private Moroccan-Tanzanian actors, said BMCE Bank in a statement.

“Our will is to link economies to beyond diversity and thanks to our partnership with the BMCE Bank of Africa Group, the way for SMEs has been opened to develop in a secure financial environment,” said Zahra Maafiri, General Manager of Maroc Export.

In this regard, M’Fadel El Halaissi, Deputy CEO of BMCE Bank of Africa said that the bank has a mission for development of the Pan-African business.

In kigali, 500 business meetings took place, “today we have more than 1,000 meetings, proving all the special interest granted by The Moroccan companies in this region,” he added.

For his part, Ammish Owusu-Amoah, CEO Bank of Africa Tanzania highlighted the various opportunities offered by Tanzania, noting that the objective is to promote relations.

“We saw our profit rise from TB 1 billion to TZS 7 billion (Tanzanian shilling) in the same period. We intend to be here for several years,” he said, adding that Tanzanians “will always be eager to share their experience with Moroccan companies.”

“We need to improve our capabilities. We are encouraged by you, Moroccan companies, because we seek to open large partnerships in a win-win context,” he said, highlighting “the strategic interest of creating this kind of BtoB meetings in this region.”

After a presentation of business Climate and Investment in Tanzania, participating companies held a series of meetings as part of BtoB, with up to more than 1120 meetings with an average of 14 appointments per Moroccan company.

Moreover, this symposium was an opportunity to sign a Memorandum of Understanding for Cooperation between the Moroccan Center for Export Promotion and Tanzania Investment Center.

The opening ceremony was also attended by Mohammed Benayad, General Secretary of Department of Foreign Trade, Ministry of Trade, Industry, Investment, and Numeric Economy- Morocco, and Abdelilah Benryane, Ambassador of the Kingdom of Morocco.

BMCE Bank of Africa and Maroc Export have combined their expertise to create a new concept of business development in Africa “African Business Connect”. The first edition was launched in November 2015 with the sights clearly set on Senegal and Mali.

The concept consists of a series of BtoB missions, business trips, business meetings and BtoC missions organized regularly in different African countries and owes its originality to its customized nature which builds on careful selection of sectors by country, by conducting prior macroeconomic and sectoral studies, setting up reviewed and customized meeting programs, and finally, providing close support throughout the process.