Rabat - Morocco’s Head of Government, Saad Eddine Othmani, said in a press conference Wednesday that the newly formed government will put “the interest of the people above all considerations.”

Rabat – Morocco’s Head of Government, Saad Eddine Othmani, said in a press conference Wednesday that the newly formed government will put “the interest of the people above all considerations.”

The press conference followed the ceremony chaired by King Mohammed VI, during which the new members of government were officially appointed. Saad Eddine Othmani stated that the new government has agreed “to continue the implementation of the reforms initiated by the previous government.”

Othmani noted that the interests of the citizens would be put above all considerations to fulfil the “the promised objectives.”

Othmani explained that the speed at which new government was formed was dictated by the many challenges facing the country.

The formation of the new Moroccan government came six months after the legislative elections held on October 7, 2016. Needing to support small and medium-size businesses and ratify the budgets also called for the rapid activation of the new government.

Minister of Agriculture, Fisheries, Rural Development, and Waters and Forests, Aziz Akhannouch, stated in the same press conference that the new government is consistent and includes highly qualified members.  He added that this new government is the fruit of the “successful negotiations undertaken by the Head of Government.”

“There are many reforms waiting for us […] Moroccans are expecting great things from education, health, employment and other sectors,” Akhannouch pointed out, adding that both citizens and investors should not be let down. 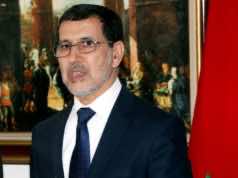 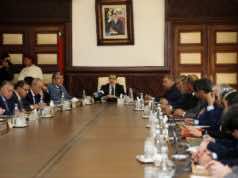