Morocco World News
Home Politics How PJD Ended up as the Biggest Loser? 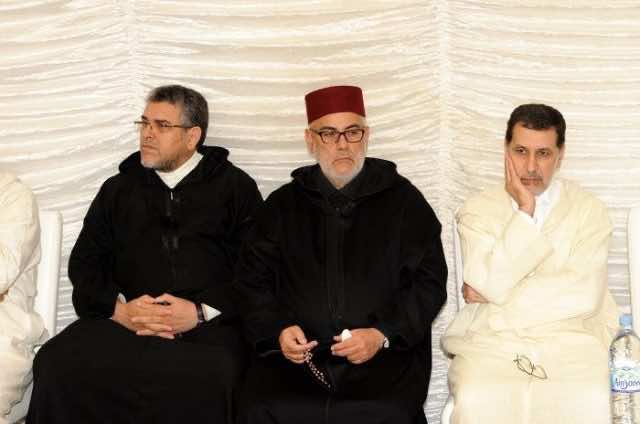 39 ministers, ministers delegate and secretaries of state make up the new cabinet.

The appointment comes after a long period of waiting. It took 6 months after the general elections of October 7th, 2016, to finally close the long chapter of governmental negotiations.

Remember, the 7th of October

On October 10th, the King received PJD’s leader, Abdelilah Benkirane and entrusted of forming a government.

Yet, for over 5 months, Benkirane stumbled in his mission. The political parties with which he sought to form a coalition, such as the Rally of National Independents (RNI) and Popular Movement (MP), made it difficult for him.

RNI, which won only 37 seats in last elections compared to PJD’s 125 ones, had enough leverage to influence the outcome of the negotiations to form a coalition.

Secondly, RNI rallied behind it three political parties, and declared, declared their intention to be dealt with in masse, and all four be included in the government, something which Benkirane refused.

The stalemate that arose because both parties stuck to their positions gave the Monarchy a reason to dismiss Benkirane and appoint Othmani in his place.

Now that the government is finally appointed, many are wondering how much it reflects the results of last October.

Several observers argue that from October 10th to April 5th, PJD lost a lot in between. The party that came victorious of the parliamentary elections, winning the majority in major cities, suffered one humiliation after another.

The former Wali of Rabat, with whom PJD has had a tense relationship, was appointed as Minister of Interior while the party’s Mustapha Ramid was denied a second term as a minister of justice.

Speaking to MWN, El Allam added that Mustapha Ramid is, in fact, rather a “secretary of state” than an actual minister.

With the exception of two portfolios, Transport and Equipment, and Energy and Mining, the party did not secure strategic departments in comparison with the RNI, whose ministers assumed the portfolios of Justice, Economy and Agriculture and Trade.

Disappointment could be felt among PJD members. Abdelali Hamidine, who is a member of the General Secretariat of the party (the executive body), posted on Facebook saying that “the government is not a result of a coalition between free and independent political parties, and is not a culmination of compromises between these parties, and is not even a result of “free-will bargains” between political actors, but rather an expression of the reason of the strongest forced upon political parties with no independence”.

Hamidine went on to say, “it will be naïve to try to convince people that this is a political government that represents the results of October 7th”.

Another party member, Abdelaziz Sekkal, who assumes the presidency of the Region of Rabat-Kenitra, strangely enough called for “the party to distance itself from the government” and “start working on limiting the damage and preparing well for the next stage”.

The latter statement clearly shows how divided the PJD over a government it is supposedly leading. Is this a cause for alarm concerning the party’s future?