Rabat - The customs of the Moroccan appointment ceremony for any new government’s members became familiar, traditionally stirring controversy about the same old faces who seem only to move from one seat to another and raising questions regarding who the new faces are. 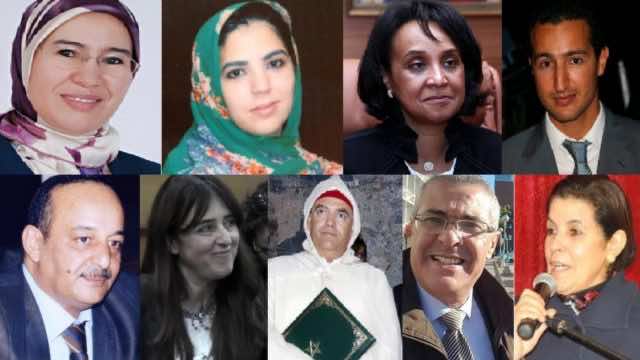 Rabat – The customs of the Moroccan appointment ceremony for any new government’s members became familiar, traditionally stirring controversy about the same old faces who seem only to move from one seat to another and raising questions regarding who the new faces are.

Saad Eddine Othmani was officially named the new Head of Government’s cabinet by King Mohammed VI, on Wednesday in Rabat.

The ceremony was marked with only 13 new faces out of a total of 39 ministers consisting of members who are already affiliated with the six parties that will lead the government over the next five years and others who are technocrats.

The Ministry of Interior, which is better known in Morocco as the “Mother of Ministries,” allocated its ministerial portfolio to

Abdelouafi Laftit, who has served several positions over the past years.

Known as the opponent of the leading party of the coalition government, the Justice and Development Party (PJD), Laftit, was governor of Fahs-Anjra, located in the north of Morocco.

Three years later, in 2016, he became governor of Nador Province. He served in this position until he was appointed as President and General Manager of the Development Company for the Conversion of Tangier’s Port city.

In 2014, Laftit started stealing the limelight after King Mohammed VI appointed him as Governor of the country’s capital prefecture and Wali of the region Rabat-Salé-Zemmour.

During his tenure, Laftit rose to fame following his involvement among other high-ranking officials in the cheap sale of state-owned land in the upscale district of Zaer Road in Rabat. It sold for MAD 350 per square meter, a price far below the MAD 4,000 per square meter average in the area estimated by the Administration of Tax and Revenue.

Within the same department, Laftit will be assisted by Noureddine Boutayeb, who was named Delegate to Laftit.

Succeeding Cherki Draiss, the former Delegate to Minister of Interior, is Mohammed Hassad, who was appointed as Minister of National Education, Vocational Training and Higher Education and Scientific Research.

Hassad will be assisted by Khalid Samadi, who was named Secretary of State for the ministry, in charge of Higher Education and Scientific Research.

One of the remarkable young faces marking the new government is Othman El Ferdaous, who was appointed Secretary of State to the Minister of Industry, Investment, Trade and Digital Economy, in charge of Investment. He is an auditor of the cycle of higher European studies at the Ecole Nationale d’Administration (ENA). Othman El Ferdaous is the former manager of Mena Media Consulting.

Mounia Boucetta, who was appointed as Secretary of State to the Minister of Foreign Affairs and International Cooperation, is the General Manager of a subsidiary of the Depository and Management Fund (CDG) and former secretary general of the Ministry of Trade and Industry.

With regard to the department of Tourism, Lamia Boutaleb, a president of the Association of Moroccan Investment and

Management Companies (ASFIM), has been entrusted with the position of Secretary of State to the Minister of Tourism, Air Transport, Handicraft and Social Economy, in charge of Tourism.

Boutaleb is a graduate of the Ecole des Hautes Etudes Commerciales (HEC) in Lausanne and an MBA from the Wharton School of Business at the University of Pennsylvania.

The department of culture and communication are inter-associated within the government of Othmani, allocating its ministerial portfolio to Mohamed Laaraj, a member of the

Popular Movement party (MP). Born in 1964 in Nador, Laaraj is a university professor with a PhD in Public Law.

From the same party, the MP, Hamou Ouheli, was appointed

Another face from the party emerging for the first time in government, is a Fatna Lkhiyel, Secretary of State to the Minister of Housing and Urbanism, in charge of Housing.

Born in 1979 in Laayoune, Rokia Derham is the newly-appointed Secretary of State to the Minister of Industry, Investment, Trade and Digital Economy, in charge of Foreign Trade.

Derham, who was elected Deputy Speaker of the USFP in 2011, is a graduate of the International Institute of Higher Studies in Morocco. She is currently pursuing her Master’s Degree in Business Administration in Britain.

Mohamed Ben Abdelkader, a member the Social Union of Popular Forces Party (USFP), was appointed Minister Delegate to the Head of Government in Charge of the Reform of Administration and Public Office.