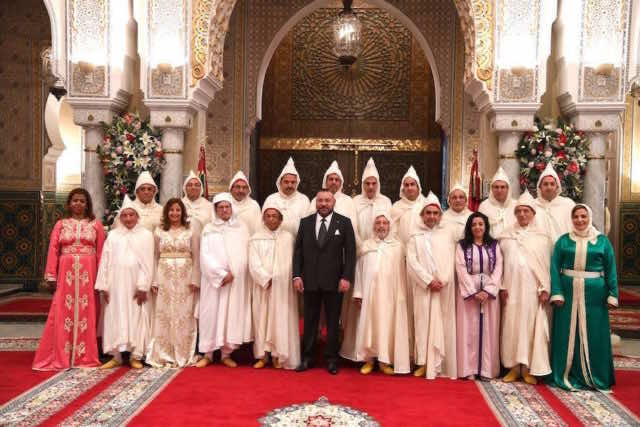 They are, in accordance with the provisions of article 115 of the Constitution, Mustapha Fares, in his capacity as first president of the Court of Cassation, deputy chairman of the Council and members:

Mohamed Abdennabaoui, in his capacity as attorney general of the King at the Court of Cassation, a position to which he was appointed by the King on April 3, 2017.

Abdelaali El Aabboudi, in his capacity as president of the first chamber of the Court of Cassation.

Idriss El Yazami, in his capacity as president of the National Council of Human Rights

Abdelaziz Benzakour, in his capacity as mediator of the Kingdom

– The five members, appointed by the King to the Council in accordance with the Constitution. They are Ahmed Khamlichi, Ahmed Ghazali, Mohamed El Haloui, Mohamed Amine Benabdellah and Hind Ayoubi Idrissi.

– The elected members representing the judges of the Courts of Appeal. They are El Hassan Atlas, Hassan Jaber, Yassin Makhli and Majda Daoudi.

The installation by the King of this constitutional institution takes place in accordance with the provisions of the Constitution and the Organic Law relating to the Supreme Council of the Judiciary.

The place of justice in the national institutional structure has been strengthened and the judiciary has been elevated to full power, independent of the legislative and executive powers.

Similarly, the prerogatives of the Council have been broadened, its diverse and plural composition has been guaranteed and its openness to its environment has been strengthened.

During the audience, the deputy chairman of the Council and the members of the Supreme Council of the Judiciary were sworn in before King Mohammed VI.