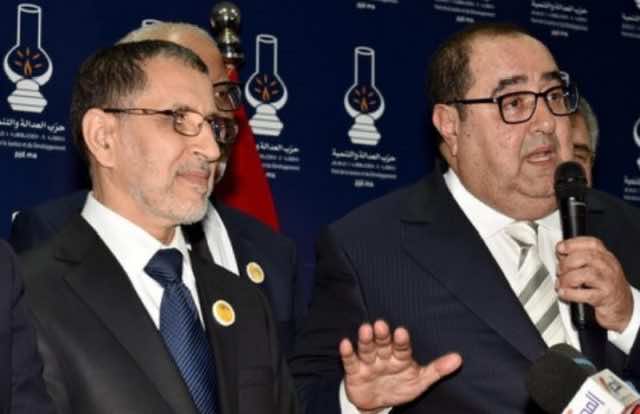 Rabat – In less than 48 hours after the appointment of Saad Eddine Othmani’s cabinet, the arguments between government coalition members are arising.

Socialist Union for Popular Forces (USFP), which joined the government coalition thanks to the pressure put by other parties on the coalition leader Justice and Development Party (PJD), had some strong words to say to its ally.

In an column in USFP’s mouth piece, “Al Itihad Al Ichtiraki” newspaper, written by the party’s spokesperson Youness Moujahid, PJD was depicted as a “backward” and “obscurantist” party that aspires to domination and forcing its dark ideas on society.

The paper said that this is the true nature of the Islamist party despite all the make-up it puts on to cover its ugly face, acting like an “old lady trying to look young”.

The controversial column came as a response to what the writer said are falsehoods spread by PJD members, in which they claim the composition of the government was a disaster for the party.

USFP reminded its ally that winning elections does not mean getting the majority in Parliament, and that it should comply to the fact that, within the coalition, it is just a party like the rest.

Does this means that USFP is sending a warning message to PJD not to aspire to any form of leadership of the government despite the fact that it was the one in charge of forming a coalition?

Regardless of the fact that some disagreement might arise between two components of a government coalition, the timing and the choice of words used by USFP against its ally just show how deep the divide is between PJD and its supposed partners in a government that has just been appointed.