Toronto - US President Donald Trump’s fan-base may not be growing fast at home, but he’s gaining all new respect with Syrians on social media following his missile strike on a Syrian government controlled airbase Thursday night. 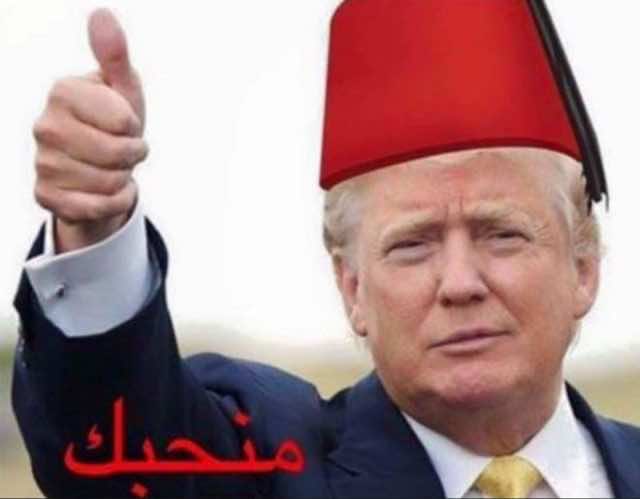 Toronto – US President Donald Trump’s fan-base may not be growing fast at home, but he’s gaining all new respect with Syrians on social media following his missile strike on a Syrian government controlled airbase Thursday night.

Following a targeted missile strike on the, Al-Shayrat airbase in western Syria, elated Syrians have taken to social media, posting their appreciation for the action. Twitter and Facebook came alive with pictures of Trump, captioned affectionately with Abu Ivanka, or Father of Ivanka. Others called him Abu Ivanka al-Amriki, or Father of Ivanka the American.

Good-natured pictures of Trump wearing a tradition fez or sporting a religious beard flooded the internet, accompanied by messages of support and gratitude. There were some detractors, people suspicious of his motives, and some who chose to temper any potential enthusiasm with pragmatism.

A Syrian journalist Rami Jarrah wrote, “Syrians are not cheering a pathetic human being like Trump, they’re just happy Assad has less means to kill them with.”

Others chose to remind people of Trup’s anti-Muslim rhetoric before and after the election. “So now you love Trump? Where are those who said when he came into power that he hates Arabs and Muslims?”

The vast majority of posts, however, did read like exuberant fan mail. “You did in a few months what Obama couldn’t do in 8 years,” read one post. Another described Trump as “a man of his words.”

A London-based Syrian wrote “For the first time in six years, the Assad regime has been held accountable for its crimes.”

The Al-Shayrat airbase is thought to have been the launching point for Tuesday morning’s chemical attack on Idlib, which left 84 people dead, including 27 children. It left another 546 people injured. Both Russia and Syria have denounced the US strike as “illegal.”