Rabat - Women's literature has once again attracted a large audience at the Sofitel Tour Blanche Literature Awardsin Casablanca. The festivities were dedicated to two female authors for the 5th consecutive year. 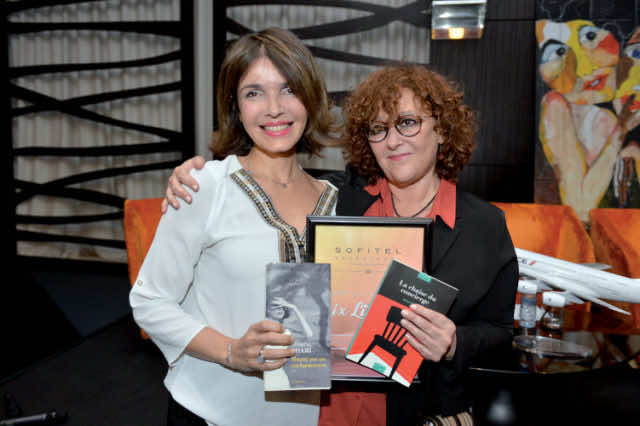 Rabat – Women’s literature has once again attracted a large audience at the Sofitel Tour Blanche Literature Awardsin Casablanca. The festivities were dedicated to two female authors for the 5th consecutive year.

Worldwide cultural ambassador, Sofitel, in partnership with Air France, hosted the award ceremony on Tuesday, April 4. The evening was presented by Catherine Enjolet, author and member of the event’s jury, and Jérôme Lobier, Director General of Sofitel Tour Blanche.

This year nine literary works were selected for distinction.Eventually the jury had to decide between two. For the first time in the event’s history, there was a tie for first place.

Bahaa Trabesli was recognized for her 4th literary work entitled “Concierge’s Chair.” It’s the chilling story of a serial killer who believes that he is God’s messenger, charged with cleansing the earth of its sinners.

The “Coup de Coeur” prize was awarded to Anissa M. Bouziane for her book “Le Chant de la Dune.”Translated from English, it tells the story of the journey brought about by a dramatic confrontation with death, the day the World Trade Center towers collapsed.

In conjunction with the Sofitel Tour Blanche Literary Prize, an art exhibition of the works of Belgian-Moroccan artist, Hanan Bouanani, entitled “The Fantastic Journey,” was presented the BCK Art Gallery.

And as the tradition goes, the event held a tribute ceremony honouring a figure from the associative world. This year, Samira Idrissi, president of the “Soroptimist” association, was chosen by Sofitel Tour Blanche be mentored and supported by Sofitel throughout the year.“Soroptimist”is a global association working to support women in various fields including education, equality and development.