Rabat - Abdelilah Benkirane, former Head of Government and Secretary General of the Justice and Development (PJD), said that the “time for his mandate’s accountability will come,” underlying that what “had happened in the past is history.” 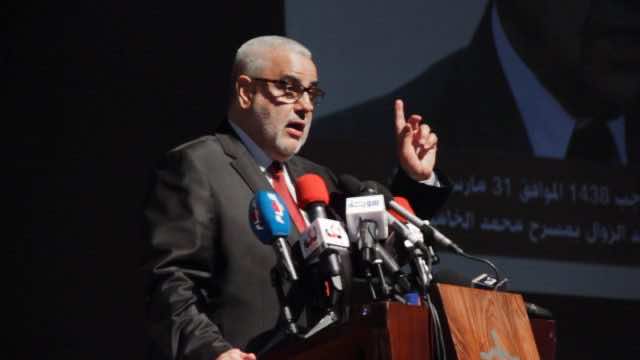 Rabat – Abdelilah Benkirane, former Head of Government and Secretary General of the Justice and Development (PJD), said that the “time for his mandate’s accountability will come,” underlying that what “had happened in the past is history.”

Speaking to reporters on Saturday, ahead of his participation in the meeting of the PJD’s youth organization in Bouzenika, Benkirane said: “What matters is that the party [PJD] plays its role.”

Benkirane, who was dismissed by King Mohammed VI last month for his failure to form a coalition and replaced by his colleague Saad Eddine Othmani, said that the “time of evaluating [the results of former government]  and of  every member of the party will be held of accountable.”

When asked about his point of view about the formation of the new government which is made up of by six parties, Benkirane refused to comment. also refused to speak about King Mohammed VI’s decision to dismiss him, saying “there are no comments.”

Benkirane, who had been the caretaker of the government throughout the six-month-long post-election deadlock, was officially replaced by Othmani during a ceremony held on Thursday.

The new government includes of a total of 39 ministers. Among the 39 ministers, delegate ministers and secretaries of state, 13 have been appointed for the first time.