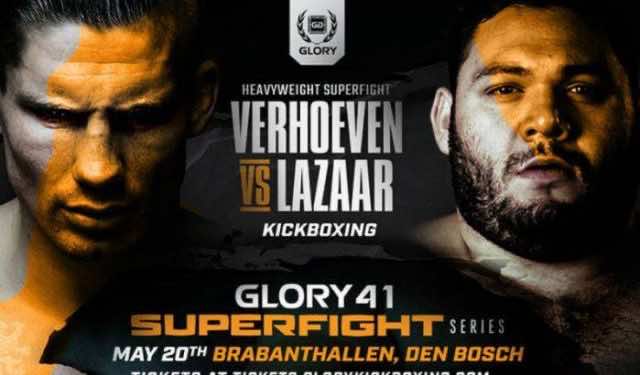 After his widely publicized fight with Moroccan legend Badr Hari, which ended with the latter’s loss after an arm injury in the second round, “Glory” heavyweight world champion was called out by another Moroccan, Jamal Ben Seddik.

Ben Seddik defeated Verhoeven years ago before the Dutch fighter made a name of himself as the reigning heavyweight kickboxing champion in the world.

But it’s a third Moroccan fighter who is going to be Verhoeven’s next opponent.

Ismael Lazaar, who is currently a rising star in kickboxing, is set to make his “Glory” debut in May 20th. The fight is scheduled for 5 rounds in a non-title bout.

Lazaar has been on fire lately, knocking many of his opponents out. He won several titles including Enfusion Super Heavyweight Championship in 2014, and GFC Heavyweight Tournament in the same year.

Despite a deceivingly non-athletic appearance, the Moroccan is a vicious kickboxer with an amazing knock-out power.

The fight is due to take place in Den Bosch, Southern Holland. The Dutch crowd is certainly going to be divided between the two kickboxing stars.

Many Moroccans live in Holland. They make up more than 2 per cent of the population. A good number of Dutch-Moroccan youth turn to football or kickboxing, Holland’s most famous combat sport, to escape poverty and climb the social ladder.

These sentiments are usually present during sports events. That’s what will make the fight between Lazaar and Verhoeven not just an ordinary fight between two men in a kickboxing ring.