Rabat - Moroccan boxer Mohammed Rabii will have his second professional fight on April 22 in Germany. The announcement was made by his manager Gary Hyde. His opponent is yet to be announced. 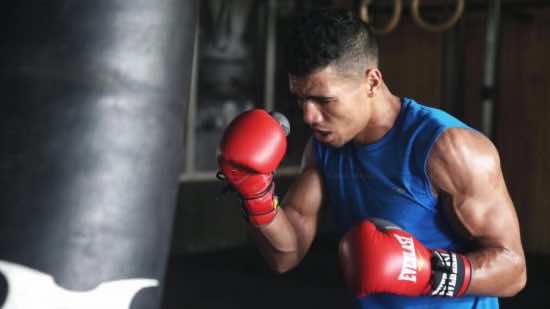 Rabat – Moroccan boxer Mohammed Rabii will have his second professional fight on April 22 in Germany. The announcement was made by his manager Gary Hyde. His opponent is yet to be announced.

According to Hyde, Rabii’s next fight, just like his professional debut, is scheduled in six rounds.

Hyde further noted that Rabii, who won his first professional match against the Hungarian Laszlo Kovacs by knockout last month in Prague, is currently preparing with his coach for his second fight.

Hyde said the 23-year-old welterweight boxer is well-prepared, saying, “Rabii is a hero […] he will undoubtedly give a great performance, better than the first one.”

Rabii will have six other professional matches, which are expected to take place in the course of 2017, according to Hyde.

During his first professional match, Rabii managed to show amazing boxing skills. Not so long after the fight started, He managed to get the best of his rival in the first round of the fight.

Before the match, Rabii had said that he counted on his fans’ encouragement to raise the Moroccan flag up. He posted a video while he was training, and called on his fans to support him.

“I really need your support […] in this very special time, to raise up once again our dear national flag,” Rabii said.

In 2015, Rabii won the tournament title against Kazakhstan’s, Daniyar Yeleussinov, in the AIBA World Championship in Doha. His achievement was praised by international media as one of the biggest worldwide boxing success stories of 2015.

Rabii also participated in the Summer Olympics Rio 2016, where he qualified for the semi-finals and won a bronze medal. He also ranked number one in the Welterweight division in Season V of the World Series of Boxing, after seven consecutive victories.