Rabat - Police are reporting that three explosions have hit the Borussia Dortmund bus as the team made its way to its Champions League match against Monaco. 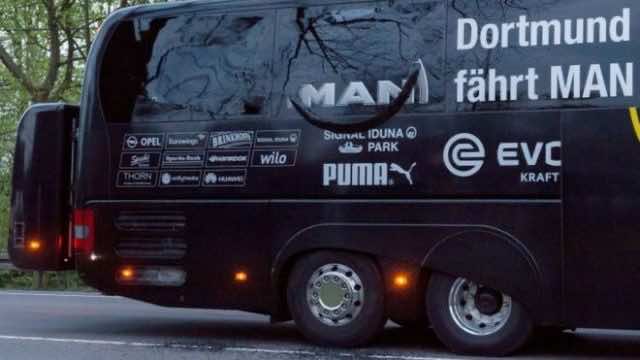 Rabat – Police are reporting that three explosions have hit the Borussia Dortmund bus as the team made its way to its Champions League match against Monaco.

Marc Barta is the only reported injury, escaping with just an injured hand. All other players have been reported safe and there is no sign of danger in or around the stadium, according to BBC News.

Police are reporting there is no apparent cause as of yet and there is no evidence of any existing threat to visitors or the stadium. The blasts occurred outside the city, in Hoechsten.

“The bus has been damaged in two places,” police said. “One person is injured and is in hospital.”

The Dartmund Twitter site has confirmed that Marc Barta is the injured player. Barta’s former club, FC Barcelona, tweeted their wishes for a speedy recovery: “All of our support to @MarcBarta, @BVB and their fans.” The Spanish Prime Minister also offered his wishes for a quick recovery.

Today’s game has been post-poned until Wednesday at 18:45 local time, 16:45 (GMT). Dartmund is currently ranked in fourth place in the German Bundesliga.