Rabat - For the last couple of months, the Istiqlal Party (PI) could be likened to a cat on a hot tin roof. 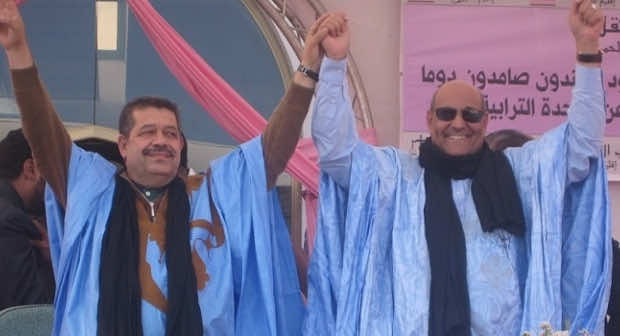 Rabat – For the last couple of months, the Istiqlal Party (PI) could be likened to a cat on a hot tin roof.

Deep tension between followers of the party leader, Hamid Chabat, and other prominent members seeking to topple him, have threatened to develop into a violent confrontation between supporters in both camps.

Hamdi Ould Rachid, the strong Sahrawi personality and leader of the anti-Chabat movement, met with the latter on Tuesday.

The meeting, held in Rabat, resulted in the two powerful men agreeing to call for an exceptional national congress, scheduled to be held on April 29.

On the congress’ agenda will be the amendment of article 91 of the party’s internal regulations, to allow for all members of the national council, willing to attend the sessions of the ordinary national congress’ preparatory commission.

A second amendment of article 54 will allow any party member to run for secretary general, thus paving the way for Chabat’s rival, Nizar Baraka, to compete with him. Party regulations do not currently allow for Baraka’s candidacy because he is not a member of the existing executive committee.

The agreement appears to be an important step toward détente between the two clashing factions of Morocco’s oldest political party.

But a major problem remains. The agreement will not be finalized until Hamid Chabat signs it, which leaves the door open for him to back away from the reconciliation.

In the case of Chabat’s withdrawal from the agreement, the Istiqlal party will most like find itself headed for another confrontation.