Toronto - The body of Sheila Abdus-Salaam, 65, was pulled from the Hudson river after police found her floating, fully clothed Wednesday afternoon. 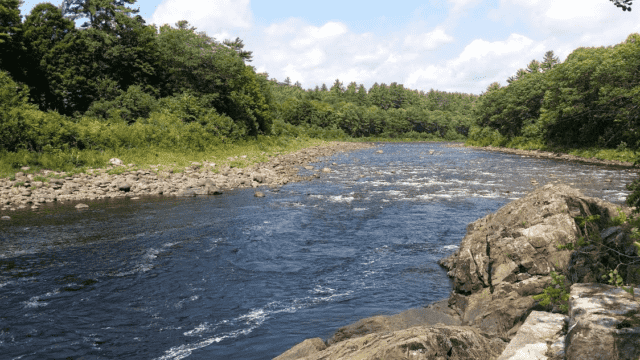 By
Constance Renton
-
Constance graduated from the Television and Radio Broadcasting Program at Canadore College in 1983.
Apr 13, 2017
Spread the love

Toronto – The body of Sheila Abdus-Salaam, 65, was pulled from the Hudson river after police found her floating, fully clothed Wednesday afternoon.

Abdus-Salaam was the first female African-American Muslim to be appointed to New York’s Court of Appeals. She was appointed to the post in 2013 by Governor Mario Cuomo, according to the Huffington Post.

In a statement to the press, Cuomo referred to Abdus-Salaam as a “trailblazing jurist.” He added that, “As the first African-American woman to be appointed to the state’s court of appeal, she was a pioneer. Through her writings, her wisdom and her unshakable moral compass, she was a force for good whose legacy will be felt for years to come.”

Police recovered her body at approximately 1:45 in the afternoon on Wednesday. She had been reported missing earlier in the day when family members were unable to locate her. She was found floating in the Hudson River, fully clothed and was pronounced dead on the scene. Police reported they found no visible signs of trauma and have so far refused to speculate on the cause of death. They are currently awaiting the results of an autopsy.

A native of Washington DC, Abdus-Salaam began her career with East Brooklyn Legal Services before taking on the mantle of New York State’s assistant attorney general. According to the Princeton Encyclopedia of American Political History, Abdus-Salaam was the first Muslim woman to have served as a US judge. Following her election to judgeship in 1991, she held a variety of judicial posts and left a tangible impression on everyone she worked with.

Chief Judge Janet DiFiore said of Abdus-Salaam, “Her personal warmth, uncompromising sense of fairness and bright legal mind were an inspiration to all of us who had the good fortune to know her.”