Rabat - In an unprecedented initiative, 100 well-known public figures, all men, have gathered together in a book titled "Men Defend Inheritance Equality." The work represents a collective denouncement of the arguments still being used in defense of maintaining inheritance inequality, usually through classical theological arguments. The volume incorporates prose as well as artwork to illustrate its arguments.

By
Chaima Lahsini
-
Chaima Lahsini is freelance journalist and activist with the Al-Fam collective in Rabat.
Apr 14, 2017
Spread the love

Rabat – In an unprecedented initiative, 100 well-known public figures, all men, have gathered together in a book titled “Men Defend Inheritance Equality.” The work represents a collective denouncement of the arguments still being used in defense of maintaining inheritance inequality, usually through classical theological arguments. The volume incorporates prose as well as artwork to illustrate its arguments.

“Art, artists and writers are the only salvation for equality, even equality of inheritance.” Hakima Lebbar, psychoanalyst and manager of the Fan-Dok art gallery in Rabat, is convinced that gender equality, especially in the sensitive subject of inheritance, is not only a fight that should led by women, but by the masculine enlightened elite first and foremost. 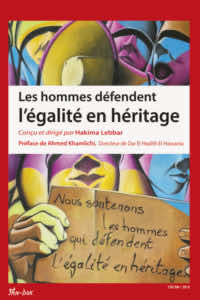 The book presents the reflections of several male authors in favor of inheritance equality. Hakima Lebbar explains that “the choice of the female or male exclusivity is there to emphasize that women and men are alike and equal. The first book gave the floor to the women because they were for a long time excluded from ‘theological thinking.’”

In this book, it is men defending equality in inheritance because equality between men and women is also their “business.” It is only through a joint effort that a better society can bloom, especially in the fight against different forms of discrimination, notably the economic ones. 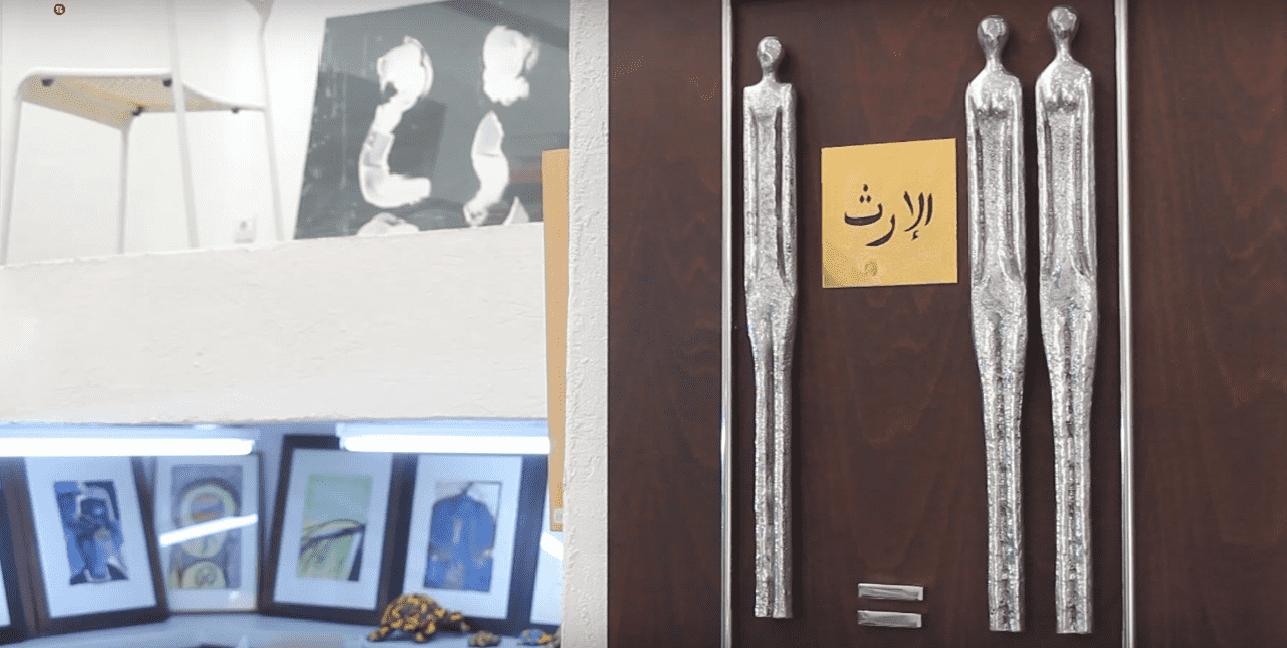 In our Muslim societies, the debate over the question of inheritance equality is stagnant because of the interpretations of theologists. They refuse to see that the socio-economic context has changed and that it is time to reflect upon the ancient texts through exegesis and dialogue, to keep up with the 21st century and with the world around us.

The struggle for freedom, justice and equality is a long-term struggle. Through the history of mankind, it has been proven time and again that resistance can be overcome with time, patience, dialogue, reflection, writing and art.

Artists have a crucial role to play in society, which is why Hakima Lebbar embarked on this itinerant venture across Morocco. 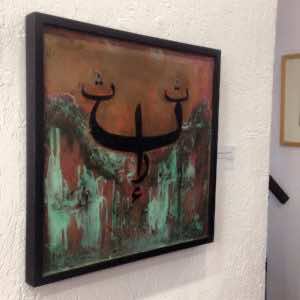 “In my text, I tell the story of my dear grandmother,” explains Elbelghiti, journalist and one of the 100 men participating in the project. “She was a hardworking woman who dedicated her life to building and take care of the family’s modest wealth. But one day, and after 50 years of marriage, my grandfather will leave her for a younger woman.”

“Heq Cheqa,” the price of labor, is how Elbelghiti chose to title his narrative, relating the misfortune of his grandmother who found herself with absolutely nothing after her divorce. “She believed that justice would be on her side, that the law of Allah will give her what is rightfully hers.” She was unfortunately, sorely mistaken.

Elbelghiti’s text is but one of many poignant stories of women who were unfairly treated by society and the country’s juridical system, where, despite its laws incriminating any sort of gender inequality, is still adopting Islamic laws when it comes to inheritance. 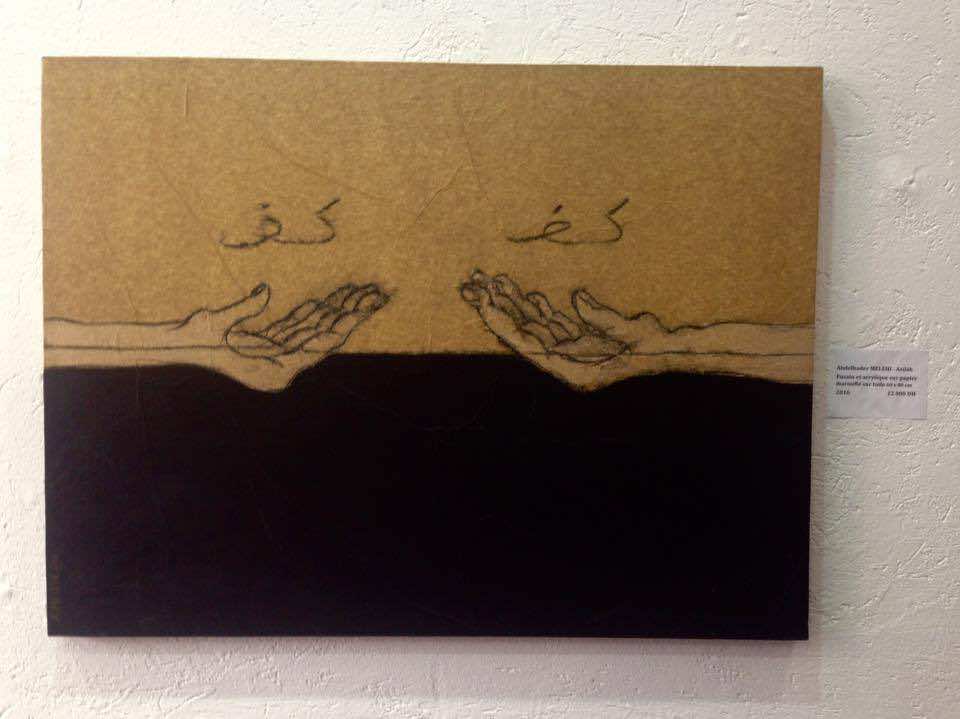 In addition to the texts of these authors, written in Arabic and French, the book also includes the visual works of fifteen male artists representing different genres of artistic expression; painting, sculpture, photography, calligraphy, caricature and others. 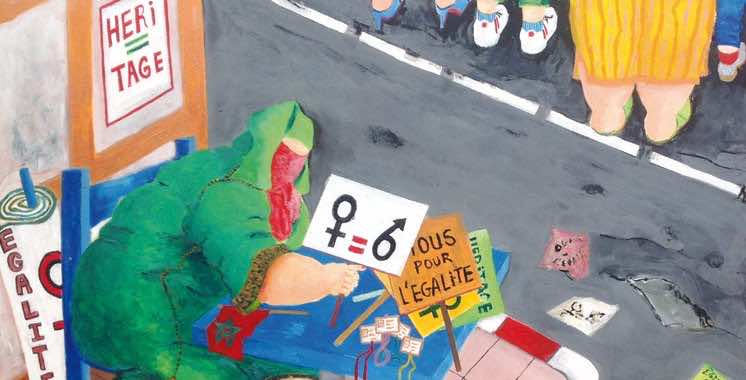 The book, as a whole, proposes a rich argument in favor of inheritance equality, based on a traditional and religious referential and also based on a repository of cultural and universal human rights. “It was carried out to encourage dialogue and exchanges on inheritance equality and to set the terms of a serene debate by allowing everyone and anyone to appropriate the reflection on this issue,” Lebbar explained.

By looking at the works of the artists and reading through the thoughtful texts of writers from different backgrounds, it is difficult not to question this blatant inequality facing Muslim women without asking oneself: are not all human beings born equal after all?