Rabat - Morocco is seeking to benefit from Brexit to better its relationships with the UK. 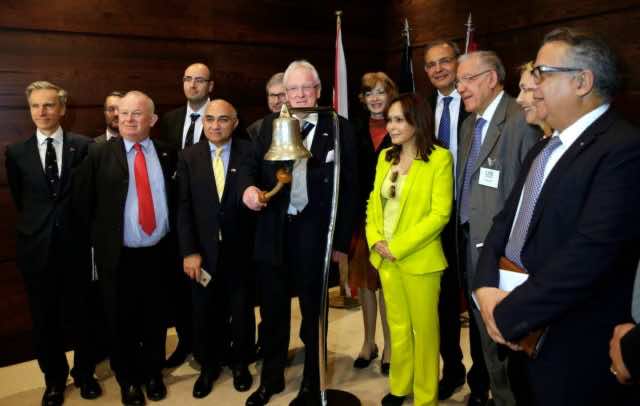 Rabat – Morocco is seeking to benefit from Brexit to better its relationships with the UK.

Andrew Parmley, the Lord Mayor of London, headed a British delegation in a visit to Casablanca, where he met with senior officials, bankers and businessmen, reported MAP.

During the meeting, Moroccan officials and private sector representatives expressed their wishes to strengthen economic relationships between the two countries.

According to Buszzfeed, Casablanca stock exchange director Karim Hajji told Lord Parmley that Morocco has “many opportunities for growth,” while the vice president of the Union of Business in Morocco (CGEM), Faical Mekouar, reminded the British delegation that “though the UK is only Morocco’s 12th biggest client and provider, our country still is Britain’s main partner in North Africa.”

“Morocco is the only country in North Africa with access to the Atlantic coast, as well as having a well-developed infrastructure, modern laws, and a financial system with the most advanced regulatory framework in Africa,” said Mekouar, outlining Morocco’s potential as a desirable trading partner in Africa.

CGEM director Hakim Marrakchi said Brexit is a good opportunity for Morocco and Britain to get closer, adding that “there is a possibility for us to renegotiate better deals as the interests of certain European countries aren’t necessarily the same as Britain’s.”

“It’s a way to build the future of Morocco’s relationship with Britain,” said Marrakchi.

Aeronautics, automobiles, industry and renewable energy are the potential areas of further cooperation between Morocco and and the UK.

The British Chamber of Commerce in Morocco said it wants exchanges between the two countries to exceed MAD 1 billion before 2020 by diversifying sectors.

Morocco’s attempt to seduce post-Brexit UK may not be limited to commerce. The Kingdom has also presented itself to Britain as a potentially major ally in Africa.

“Morocco can offer support to the United Kingdom, it could be interesting,” said Hakim Marrakchi, adding that, “the UK had issues with the continent and Morocco offered its support then. It’s a really old relationship.”