Rabat - Head of government, Saad Eddine El Othmani, held talks here on Thursday with President of the French National Assembly Claude Bartolone, who praised the excellent relations of friendship and cooperation between the two countries. 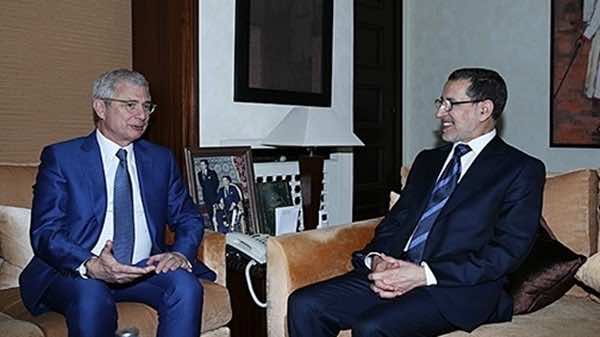 Rabat – Head of government, Saad Eddine El Othmani, held talks here on Thursday with President of the French National Assembly Claude Bartolone, who praised the excellent relations of friendship and cooperation between the two countries.

During the meeting, El Othmani and Bartolone underlined the two countries’ convergence of views on several regional and international issues, the Government Head’s department said in a statement. Bartolone expressed his country’s satisfaction with the important role played by Morocco in supporting economic and social development in African countries, noting that the Kingdom’s return to the African Union brought a new dynamic to this orientation.

The two sides also stressed the importance of speeding up tripartite cooperation programs with friendly African countries, the source added.

Talks also focused on the situation in the Middle East, the Gulf and the Maghreb, as well as on several issues of common interest.

Bartolone is on a working visit to Morocco at the head of a parliamentary delegation.