Toronto - The Afghan Defense Ministry has released a statement saying 36 ISIS fighters were killed in Thursday’s bombing of an ISIS stronghold in the Afghanistan province of Nangarhar. 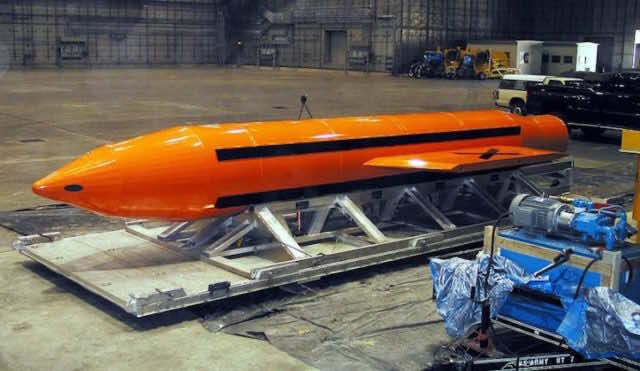 By
Constance Renton
-
Constance graduated from the Television and Radio Broadcasting Program at Canadore College in 1983.
Apr 14, 2017
Spread the love

Toronto – The Afghan Defense Ministry has released a statement saying 36 ISIS fighters were killed in Thursday’s bombing of an ISIS stronghold in the Afghanistan province of Nangarhar.

No civilian deaths or injuries have been reported.

Ministry spokesman, Dawlat Waziri, stated that “No civilian has been hurt and only the base, which Daesh used to launch attacks in other parts of the province, was destroyed.”

US and international forces dropped the largest non-nuclear bomb ever used by the American military Thursday evening, targeting a system of tunnels used by ISIS in Achin, a village along the Afghanistan-Pakistan border.

Nicknamed the “mother of all bombs,” the 9800-pound device carries a payload equivalent to 11 tons of explosives. Terrified villagers described the blast in a report by the Associated Press (AP). One nearby resident, Shah Wali, 46, said “I was sleeping when I heard a loud explosion. It was an ear-splitting blast. I jumped from my bed and came out of my home to see what has gone wrong in our village.”

Dozens of locals streamed out of their homes as the impact of the blast registered. Hakim Khan, 50, expressed joy at the news of the strike. “I want a hundred times more bombings on this group,” he said.

Not everyone was pleased by the US military’s use of the untried bomb. Former Afghan president, Hamid Karzai took to Twitter to condemn the attack, saying “This is not the war on terror, but the inhuman and most brutal misuse of our country as testing ground for new and dangerous weapons.”

According to a report in Reuters, the country’s current president, Ashraf Ghani, however, disagreed and publicly praised the move. “Afghan and foreign troops closely coordinated this operation and were extra cautious to avoid any civilian casualties.”

Given the high civilian toll suffered by Syria’s chemical attack on the village of Idlib last week, collateral damage was, understandably, of paramount concern to the coalition involved in coordinating this operation.

Spokesman for the area’s main hospital, Inamullah Meyakhil, confirmed that no civilians had been brought to the hospital for treatment following the blast. So far, there has been no official statement from ISIS.