Rabat - Abdelilah Benkirane, the former Head of Government and Secretary General of Justice and Development Party (PJD), has met with leftist blogger Zineb Benmoussa, whom  he criticized last August for her “incitement to explode the Islamists.” 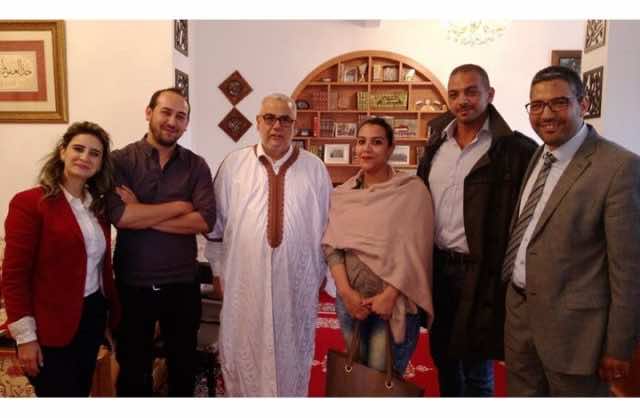 Rabat – Abdelilah Benkirane, the former Head of Government and Secretary General of Justice and Development Party (PJD), has met with leftist blogger Zineb Benmoussa, whom  he criticized last August for her “incitement to explode the Islamists.”

In August, the blogger stirred a controversy on social media after she wrote on Facebook that she is a “racist and extremist [that] fights Islam and hates Muslims – can carry out a terrorist attack against them by using a gas cylinder.”

The PJD head received Benmoussa at his house in Rabat. In the presence of her friends as well as her lawyer, Abdessamad Idrissi, Benkirane reportedly questioned Benmoussa, asking her, “Where is the gas cylinder?”

Benmoussa answered, “They cut it off. I was talking about the little gas cylinder not the big one – it is heaviest.” Benkirane then prayed for Benmoussa and that her “problems [would] be solved.”

Speaking to media, Benmoussa said, “I hope the public opinion differentiates between Facebook and reality. I have no problem with Mr. Benkirane, and when I met him – I told him that I don’t agree with the social scheme of the Justice and Development Party (PJD).”

“My disagreement is still ongoing and I will always call for counterattack [to] it – but I respect people regardless of their ideologies and affiliations,” she continued. “The story of the gas cylinder was a joke.”