Rabat - Fishermen of the Northern city of Al Hoceima are expected to resume activities next week, said the Tangier-Tetouan- Al Hoceima region council in a communiqué. 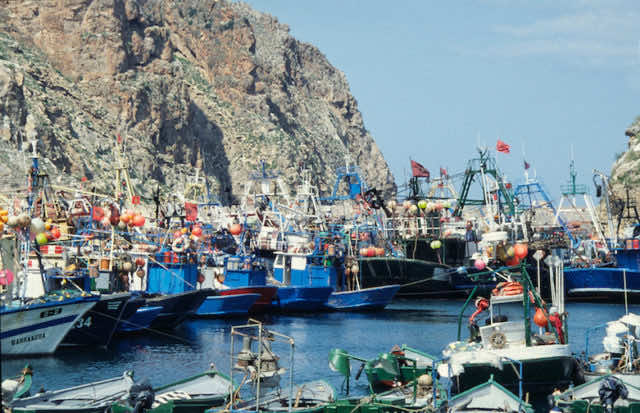 Rabat – Fishermen of the Northern city of Al Hoceima are expected to resume activities next week, said the Tangier-Tetouan- Al Hoceima region council in a communiqué.

The council announced that an agreement was reached with the Fishermen who ceased activities because their nets were damage by black dauphins, nicknamed “negros”.

Al Hoceima fishermen are to resume activities at the city port after an agreement was reached to receive 100 per cent compensations for new fishing nets.

The region council said the decision to grant indemnities to the fisherman was taken during a meeting in Rabat between the Minister of Agriculture, Maritime Fisheries and Rural Development, Governors from Tangier-Tetouan Al Hoceima region and the Oriental region, and presidents of both regions and presidents of fishermen associations.

The meeting concluded that Al Hoceima fishermen should receive 100 per cent compensations  new fishing nets and provide support for health and social services for fishermen, and proprietors of traditional fishing boats.

During the meeting, The Ministry of Maritime Fisheries also said that a rescue craft will be provided to come in aide of the fishermen of the city and lead the search for missing sailors in case of an a accident.