Toronto - The death toll from Saturday’s suicide bombing of an evacuation bus convoy in Syria now stands at 112 and observers on the ground are predicting it could climb higher before the final number is known. 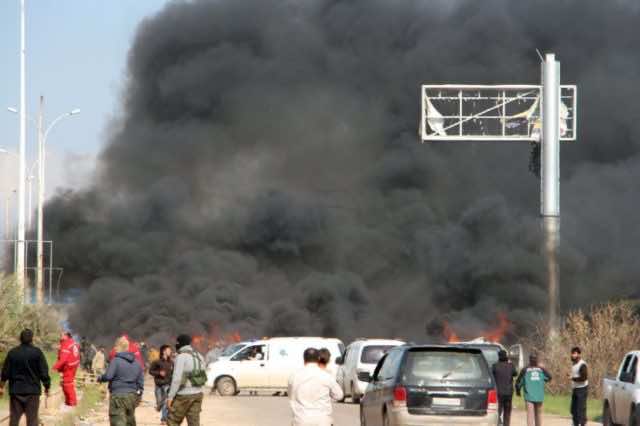 By
Constance Renton
-
Constance graduated from the Television and Radio Broadcasting Program at Canadore College in 1983.
Apr 16, 2017
Spread the love

Toronto – The death toll from Saturday’s suicide bombing of an evacuation bus convoy in Syria now stands at 112 and observers on the ground are predicting it could climb higher before the final number is known.

The Syrian Observatory for Human rights is reporting that the dead include 98 civilians plus aid workers and rebel soldiers. Children are also among the victims.

According to the BBC’s Middle east reporter, Lina Sinjab, a vehicle loaded with food supplies for the evacuees approached the convoy on Saturday in Rashidin. It began handing out potato chips, which attracted a large number of children. Then, at approximately 15:30, local time, it exploded.

It’s not clear, according to Sinjab, precisely who is responsible for the blast, although there is speculation regarding just how the vehicle was able to get so close to the convoy without having had government permission.

At the moment, no one is taking responsibility but the government is blaming the rebels. With so many of their own supporters among the evacuees, however, it seems unlikely that rebels would have seen such a move to be in their best interest, and there is no evidence to support the government’s claim.

According to the same source, in his Easter Sunday address, Pope Francis condemned the attack, calling it “an ignoble attack on fleeing refugees.”

He offered up a prayer for Syria: “May (God) in a particular way sustain the efforts of those who are actively working to bring healing and comfort to the civilian population of Syria, the beloved and martyred Syria, who are victims of a war that does not cease to sow horror and death.”

The evacuation of 30,000 Syrian civilians is part of the “Four Towns” deal brokered to alleviate the suffering of those caught in Syria’s besieged towns. The convoy had been waiting since Friday evening to begin moving when talks once again stalled. As a result of Saturday’s carnage against the innocent, both sides appear amenable to talking once again.