Toronto - Only by the slimmest of margins has Turkey’s President, RecepTayyip Erdogan, declared himself victorious in Saturday’s election. 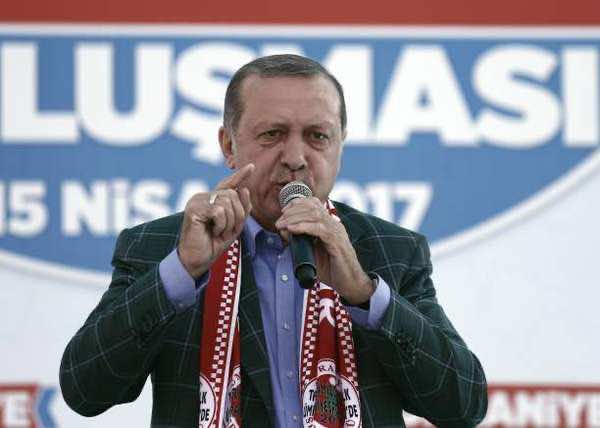 By
Constance Renton
-
Constance graduated from the Television and Radio Broadcasting Program at Canadore College in 1983.
Apr 17, 2017
Spread the love

Toronto – Only by the slimmest of margins has Turkey’s President, RecepTayyip Erdogan, declared himself victorious in Saturday’s election.

Amid swarms of controversy from both opposition parties and international observers alike, Erdogan joyfully claimed victory in the referendum that will change the entire system of government in Turkey for the foreseeable future. The ballot count currently has the yes vote ahead with 51.4 percent of the votes and the no side claiming 48.6 percent.

It is hardly the overwhelming victory that Erdogan had predicted ahead of Saturday’s vote, but it doesn’t appear to be stopping him from relishing the win. According to the BBC, while international observers are criticizing the referendum’s irregularities, Erdogan is his usual defiant self, calling the monitors “crusaders.”

Speaking after his victory was declared, Erdogan said, “The crusaders ideology in the West and their servants attacks us. But we didn’t give up. We stood up as a nation.”

The referendum campaign was, to say the least, heated, with opposition and monitors claiming it was one-sided in favor of the yes vote. Opposition parties all claimed Erdogan supporters used intimidation, detentions, beatings and threats to keep no supporters in check.

The sharpest post-vote criticism regards what observers and opposition parties are calling improper procedure. According to CBC News, normally, the country’s Supreme Electoral Board declares any ballot lacking the official electoral stamp null and void. During Saturday’s vote, however, countless such ballots were accepted in the official tally. For this reason alone, the opposition parties are calling for the vote to be cancelled and redone.

Deputy chairman of the Republican People’s Party (CHP), Bulent Tezcan, said “There is only one way to end the discussion about the vote’s legitimacy and to put the people at ease, and that is for the Supreme Electoral Board to cancel the vote.”

According to the same source, the Electoral Board’s head, SadiGuven, however, strong disagrees. “The ballot papers are not fake, there is no [reason] for doubt.”

For his part, Tezcan will not be placated. “This is not a text or a social consensus but one of social division. There is a serious and solid problem of legitimacy that will forever be debated.”

The referendum, as the vote stands, cements Erdogan’s hold on power and approved the implementation of 18 amendments to Turkey’s constitution. Most importantly, it signals the end of Turkey’s parliamentary system of government in favour of a presidential system, which would take effect after the next Presidentialelection in 2019.

The CHP plans to file their official complaint on Monday, after which their case will go to the Supreme Electoral Board.

For one voter, Erdogan simply represents the lesser of the available evils. “Tayyip Erdogan may have done more good than the other big players [of Turkish] politics… but I think of Tayyip Erdogan as just the best of the worst.”