Rabat - Europe must understand that Morocco has a special status to address some of Europe's challenges including immigration, the fight against nationalist sentiment and terrorism in Europe, as well as economic growth, said  Gilles Pargneaux, chairman of the Morocco-EU Friendship Group at the European Parliament, Monday in Rabat. 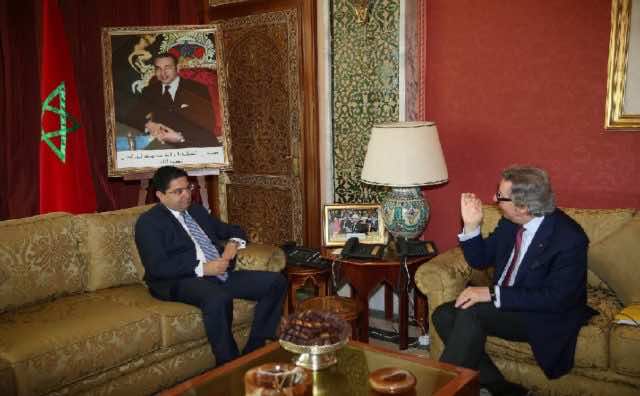 Rabat – Europe must understand that Morocco has a special status to address some of Europe’s challenges including immigration, the fight against nationalist sentiment and terrorism in Europe, as well as economic growth, said  Gilles Pargneaux, chairman of the Morocco-EU Friendship Group at the European Parliament, Monday in Rabat.

Following a meeting with Foreign Minister, Nasser Bourita, Pargneaux told Maghreb Arab Press (MAP) that, in these areas, Morocco is well placed to be the EU’s best interlocutor.

According to the Euro-deputy, a successful fight against nationalism in Europe depends on the amelioration of the image of Islam. He noted that moderate Islam, as advocated by King Mohammed VI, is part of this objective.

Referring to immigration, he said that, thanks to Morocco, which succeeded in solving its sub-Saharan migratory problem in its own territory, Europe was spared dealing with a new front.

As for the fight against terrorism and cyber-terrorism, the chairman of the Morocco-EU Friendship Group said that Moroccan security and intelligence services are the best in the world and have helped curb attacks in Europe.

He also stressed that south-south, Morocco-Africa, cooperation represents an opportunity for Europe and European businesses to thrive.

This is not the first time Pargneaux has heaped well-earned praise on Morocco. In June of 2016, he called the Kingdom a “cornerstone” in the counter-terrorism fight. Morocco, he said, is “a trailblazer concerning the establishment of security in the Sahara, given that this region should be strongly secured to Morocco foster anti-terrorism efforts.”

After signing the EU-Mediterranean Agreement, aimed at strengthening political and economic ties between Morocco and the European Union in 1996, countless bilateral trade agreements followed.

The Kingdom lived up to its agreement responsibilities to such a high-level degree that it was granted “advanced status” on October 13, 2008. Morocco was the first country in the region to have been bestowed such an honour. This special status has led to “high level political cooperation.”

Trade and the economy, once the dominant topics for the EU-Morocco Summits, have now been replaced with illegal immigration and counter-terrorism. Morocco’s efforts in the area of security and intelligence have enable EU members to foil many terrorist attempts within their borders and have earned the Kingdom the praise of many European officials