Rabat - Morocco, Algeria, the Polisario, and observers from all over the world are keeping their eyes on Antonio Guterres, the new United Nations Secretary General, to ascertain whether he will try to resolve the long-running dispute between Morocco and the Polisario regarding the Western Sahara, or whether his eight-year tenure will end without result, like his predecessor’s. 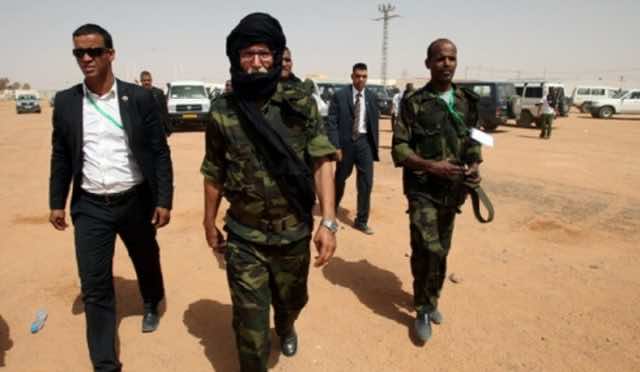 Rabat – Morocco, Algeria, the Polisario, and observers from all over the world are keeping their eyes on Antonio Guterres, the new United Nations Secretary General, to ascertain whether he will try to resolve the long-running dispute between Morocco and the Polisario regarding the Western Sahara, or whether his eight-year tenure will end without result, like his predecessor’s.

Morocco World News talked to Reda El Fellah, a professor of International Relations at the University of Ibn Zohr in Agadir, to understand Guterres’ stance so far and to devine his potential strategy for the future.

Guterres, who succeeded Ban Ki-moon last October, released the much-anticipated annual report on Western Sahara last week. The report highlighted three major points: the UN’s continual call for the Polisario militias to withdraw from Guerguerate, the extension of the UN Mission’s mandate in the Western Sahara (MINURSO), and the absence of the term “referendum” in the report.

According to Reda El Fellah, a professor of International Relations at the University of Ibn Zohr in Agadir, the new secretary-general is familiar with the Sahara issue and is unlikely to be misled by a biased conception founded on separatist preferences.

Therefore, El Fellah expects that he will favor a realistic approach and will try to encourage the parties to sit down again at the negotiating table.

“Guterres is very sensitive to the disastrous humanitarian conditions in Tindouf, and knows very well that without the commitment of Algeria in the negotiation process, it will be improbable to reach a political and mutually acceptable solution to the dispute,” El Fellah told Morocco World News.

With regard to Guterres’ emphasis in the report on relaunching negotiations to put an end to the conflict in Guerguerate, El Fellah said that Guterres has stressed the need for the parties to return to the negotiating table with a new sense of compromise.

“New terms such as ‘realism’ and ‘painful concessions’ appear in the report, and at the same time Guterres’ report clearly distinguishes between self-determination and independence, asking the parties to agree on the nature and the form of this self-determination. Moreover, the report did not mention organization of the referendum as part of the MINURSO duties,” he added.

For El Fellah, besides the Guerguerate situation and the extension of MINURSO, the report also focuses on security risks, including terrorism, that threaten the entire region.

“The secretary-general points out the Polisario’s violation of the ceasefire agreement, and all its related threats to peace and security,” he said.

“Polisario in a Very Embarrassing Situation”

In the report, entitled “the Situation Concerning Western Sahara,” Guterres commended Morocco’s unilateral decision to withdraw from the buffer zone of Guerguerate in February, and it continues to urge the Polisario, which continues to flout the UN’s decision by not extracting its militias, and which threatens human life, disturbs trade, and violates the 1991 cease-fire agreement, to do the same.

For El Fellah, Morocco’s withdrawal from Guerguerate is in accordance with the spirit of the cease-fire agreement and is a sign of goodwill following talks between Guterres and King Mohammed VI.

“The report confirms that the Royal Armed Forces did not intervene in the buffer strip, and shows deep concerns and his disappointment from the violations by Polisario of the cease-fire agreement and asks the Security Council to urge the Polisario to withdraw from the Buffer Strip in Guerguerate fully and without conditions,” he said.

When questioned if Polisario might comply with the UN’s continued call to remove its militias from Guerguerate, El Fallah said, “I think that the Polisario is in a very embarrassing situation, because it is stuck between the propaganda of the ‘liberated lands’ and the violation of military agreement No. 1 and its responsibility for the deterioration of the security in the whole region.”

The professor believes that any decision by the Polisario to withdraw remains under the tight fist of the Algerian regime. “Algeria could be tempted to launch a proxy war against Morocco via the Polisario militia,” he said. “The threats usually uttered by Polisario to use military option are symptomatic to the danger presented to regional stability by this entity, especially in an area highly vunerable to terrorism threats and to all forms of illegal activities.”

With regard to Morocco’s attempts to prevent the Polisario from shifting the UN’s focus on the Sahara to allegations of natural resource exploitation and human rights violations,  El Fellah said, “the allegations regarding exploitation of natural resources and the question of human rights have been used as tools by the separatists and their sponsors to serve a certain agenda to distort the terms and the course of the conflict resolution.”

“Now, there would certainly be a ‘before’ and an ‘after Christopher Ross’, and it seems obvious that the use of such issues is now considered an obstacle to bringing the parties together to resume negotiations,” he continued. “This explains why the new report avoided politicizing human rights issues.”