New York - Mounting claims of sexual harassment against the veteran face of Fox News have forced the network to cut Bill O’Reilly loose.

New York – Mounting claims of sexual harassment against the veteran face of Fox News have forced the network to cut Bill O’Reilly loose.

Network officials have announced that “The O’Reilly Factor” will not be returning, at least not on Fox. The often-caustic anchorman has ruled the Fox airwaves for nearly two decades.

The maelstrom began just three weeks ago when the first charge of sexual harassment was leveled against him. This rapidly grew to six different women filing similar charges.

Only last summer the network was forced to deal with another sexual harassment scandal. This one involved its co-founder and then-chairman, Rogers Ailes. He was also let go and the network promised to clean house. It had been Ailes who had been responsible for bringing O’Reilly to the network.

The loss of The O’Reilly Factor is predicted to be a huge blow to the network which considered it to be its flagship program and the virtual face of conservative political television programming in America. 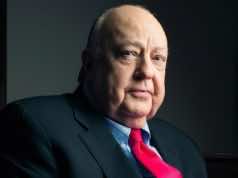