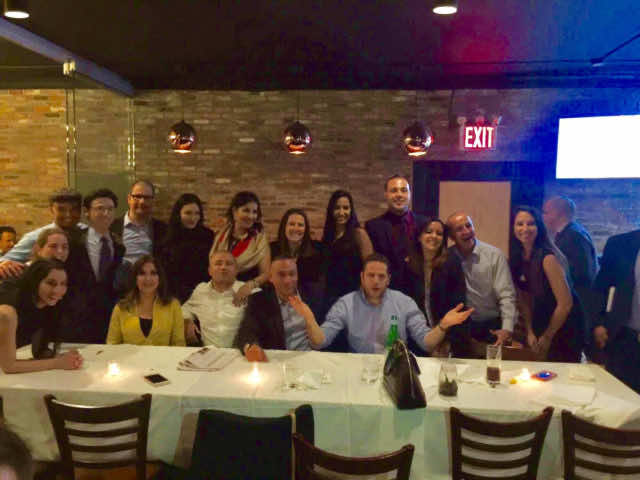 New York – Where can one see Muslims and Jews enjoying a meal together and socializing as friends these days? I know it sounds like a riddle, and perhaps it is. The answer is in New York City, where there exists a group of Moroccan Jews and Muslims who meet regularly to socialize, enjoy good food, and get to know one another. Most of them have Moroccan roots, which is significant, because Morocco is known for its diversity and tolerance—two traits that seem to be in short order these days.

Simo Elaissaoul, a native of Sale, Morocco, arrived in the United States in 2007. Longing for a sense of community, he used social media to contact other Moroccans in the area. What began as small get togethers with other Moroccan Muslims, to celebrate holidays and have Bar-B-Q’s, grew into a movement.

Collaboration with Jason Guberman, director of the American Sephardi Federation (ASF), and his wife, Irina Tsukerman, turned the idea into a social club that would include Jews. To date, there have been sixteen dinners.

I wish to write about a very special dinner that took place on March 29th. It was the evening before the opening of the annual Sephardi Film Festival, hosted by the ASF. Guests included the honorable Andre Azoulay and Enrico Macias.

These two men signify a lot to the Moroccan community and they each represent a unification of Jewish and Muslim spirit. Azoulay, a Jew, is currently senior advisor to Morocco’s King Mohammed the VI and was the advisor to his father, King Hassan II.

The fact that a Jew works so closely with the King of a Muslim country demonstrates the uniqueness of Morocco in the Muslim world. No Moroccan Jew forgets what Mohammed V did for the Jews of Morocco during WWII. He protected the Jews from the Nazis and Vichy government during the Holocaust, declaring famously, “We have no Jews in Morocco; Only Moroccan citizens.”

Enrico Macias is a Jewish Algerian-born singer who is known for his Andalusian melodies and songs that sing about the nostalgia for his childhood home. His father was a violinist, who played  Andalo-Arabic music, and his father-in-law was also a musician who was assassinated in 1961. Unlike Morocco’s openness to allow travel to its previous Jewish citizens, Algeria has not permitted Macias to travel there for more than 50 years.

Having these two men attend the monthly Moroccan dinner was a special treat. They individually and collectively symbolize the merging of Arab and Jewish values and culture. Wouldn’t it be wonderful if other groups took this group as a model for peaceful co-existence?

Danielle Knafo, Ph.D. is a Professor in the Clinical Psychology Doctoral Program at LIU and Faculty and Supervisor at NYU’s Postdoctoral Program in Psychotherapy and Psychoanalysis. She has published seven books and dozens of articles and lectures internationally on a variety of subjects. She is a clinical psychologist and psychoanalyst and she maintains a private practice in Manhattan and Great Neck, NY. She was born in Safi, Morocco.