Rabat - Saad Eddine Othmani made his first public appearance in parliament as head of government to present his coalition’s program, both to representatives of the nation and the Moroccan public. 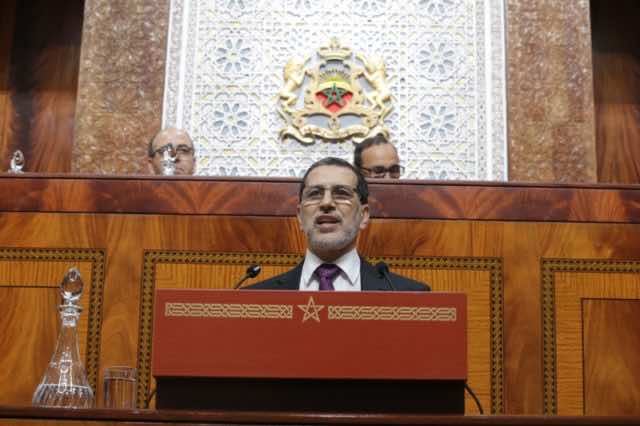 Rabat – Saad Eddine Othmani made his first public appearance in parliament as head of government to present his coalition’s program, both to representatives of the nation and the Moroccan public.

Whether his presentation will make Moroccans worried, assured, or indifferent is yet to be determined. But, what is sure is that some of the measures announced will certainly create public controversy.

Here are some of the key points of the government program announced by Othmani:

As was expected, Saad Eddine Othmani announced that his cabinet would pursue the previous “reforms” of the Compensation Fund, launched by his predecessor and party leader, Abdelilah Benkirane. This means gradually ending government subsidies of staple goods.Under the new “reforms”, prices of widely consumed goods such as sugar, flour, and cooking gas will be liberalized.

Othmani promised increased subventions for the needy and enhanced social programs for divorced women and widows.

The government program also promised to reduce social and regional disparities in rural areas through a 7 years program on a  budget of 50 billion MAD.

By 2021, the government intends to achieve a set of objectives, including,increasing the rate of health coverage to 90%; Increasing access to basic healthcare services to 100%; Reducing illiteracy to 20%; and reducing housing shortages to 200,000 units.

Boosting the Economy and Sustainable Development

Achieving a good growth rate, improving competitiveness of the national economy, and creating jobs are the main headlines of the government’s economic program.

The government is also talking about creating a better investment environment, supporting small and medium enterprises, and facilitating the transition of 100 thousand self-employed people to the formal sector.

Promises to drastically improve infrastructure were also made. The government declared its intention to build a 555 km highway between Tiznit and Laayoune, and widen the 500 km road linking Laayoune and Dakhla.

The capacity of Moroccan airports, according to the program, will be boosted to reach 40 million passengers per year.A national strategy for sustainable development is being prepared and implemented, said the program.

Promises were made to institutionalize equality between men and women, and hold national debates to explore better solutions for incorporating Amazigh as an official language.

Pursuing reform of the judicial system is also on the government agenda, as well as establishing a digital tribunal.

Othmani said the government aims to modernize the Justice administration and improve judicial services and strengthen the role of justice in protecting citizens’ rights and liberties and combating crime.

The presentation of the government program is the first public test for the cabinet led by Saad Eddine Othmani. Many challenges await the coalition of six parties that make up the cabinet. Its success depends on how much the government can deliver.