Rabat - Algerians will cast their votes in the parliamentary elections on May 4th, , with the country's more than 40 political parties competing for the 462 seats of the National Popular Assembly (APN). 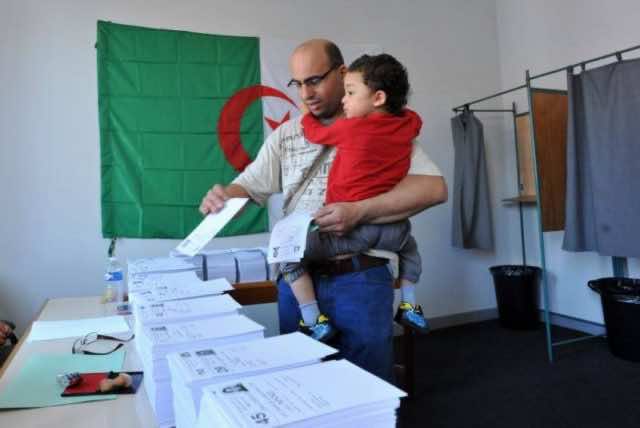 Rabat – Algerians will cast their votes in the parliamentary elections on May 4th, , with the country’s more than 40 political parties competing for the 462 seats of the National Popular Assembly (APN).

While some observers expect a simple continuation of the status quo, others point out to some major vicissitudes, such as the absence of key political strongmen amidst an uncertain economy, as a sign that change may come.

The President and the General

This year’s elections will be the first in almost three decades when without the presence of head of military intelligence, General Mohamed Mediene, known as Toufik.

The general, who was dismissed by President Abdelaziz Bouteflika in September 2015, has been a highly influential player is his country’s political scene since 1990. Referred to in the media as a “kingmaker” or even “Algeria’s Darth Vader”, Toufik helped lead the canceling of general elections in 1991 after the victory of Islamic Salvation Front (FIS) as well as the military coup of 1992.Since then, he has created and infiltrated political parties, supporting politicians from both the government and the opposition to manipulate elections results.

“These are the first elections in an Algeria with a changed face. Before, intelligence services interfered with everything,” said Abdou Semmar, editor in chief of Algerian news website “Algérie Focus”.

In addition to General “Toufik”, Algeria’s other longstanding strongman is absent too. President Abdelaziz Bouteflika has made fewer and fewer public appearances as his health continues to deteriorate. While his presence still weighs on the elections, many observers believe they are the preparatory stages of Algeria’s post-Bouteflika era.

Dismissing General Mediene was a “coup de maitre” by other circles of power close to the aging president, wanting to shape Algerian politics away from the general’s influence.

After the general elections are over, questions will arise about the president’s future and his potential substitute.

Abdelaziz Bouteflika’s presidency was characterized in previous years by a surplus of oil revenues, allowing the regime to preserve social peace by maintaining a policy of social spending. Energy sales account for 95? of Algeria exports, making the country hugely dependent on those revenues.

However, the oil-based economy of Algeria has been hit by a decline in oil prices since 2014. As a result, the state’s exchange reserves have fallen dramatically.

In 2014, Algeria had USD 177 billion in foreign currency reserves. These reserves are expected to fall to USD 91 billion this year and just 71 billion USD in 2018, according to forecasts by the International Monetary Fund (IMF) and Algerian economists.

The government has announced plans to diversify the economy and end the country’s dependency on oil revenues. However, economists and former officials pointed out that it has not presented concrete steps how it would do so.

Opposition political parties and media outlets have expressed their fears of  the impact of the current economic crisis on social stability in the country. The Arabic daily “El Khabar” once warned of a repetition of the “1986 scenario”, when an economic crisis led to social unrest and the rise of Islamic extremism.

National Front Liberation (FLN), Algeria’s former unique party and the country’s major political force, and National Democratic Rally (RND), are the two biggest parties in the country, both loyal to the regime and president Bouteflika.

However, the two “state parties” have been rivals for quite some time, as they both vie for leading the government.

RND was created and supported by the ruling generals to replace FLN during the bloody civil war of the 1990s. Since then, the two major forces have simply swapped roles back and forth as leaders of the government.

However, in recent years FLN has gotten the better of its rival. With 207 seats in the ongoing assembly, FLN established itself as the country’s major political force. The party, the only official party until 1989, is expected to win the May 5th poll.

Be it Islamist, secular, leftist or liberal, Algerian political opposition parties have suffered from internal divisions, lacking leverage to push for more democracy and transparency in the country.

Despite apparent unity in different opposition coalitions, these parties could not agree on a unified position vis-à-vis participation in the elections. Some decided to take part despite rejecting electoral laws, while others opted for a total boycott.

Some parties have decried what they see as governmental interference in election procedures.

“The regime amended the constitution without consulting us. The 400 members of the elections monitoring authority were appointed by the president,’’ said Zoheir Rouis, member of the political bureau of “Jil Jadid”, an opposition party that has refused to participate in the elections.

Many citizens will do the same, as they see no reasons for voting. Zoehir Rouis predicted that low turnout is going to the winning side in the elections.

Semmar agreed, but he noted that voter indifference is not distributed equally through the country.

“In big cities, these elections are laughed at and not many people are interested in them. We find more enthusiasm in the heart of the country where MPs play the role of transmitting the preoccupations of people in isolated regions.”

While some political formations and citizens see no point in taking part in the upcoming elections as they would surely help maintaining the status quo, others cherish a belief that it can be an opportunity to bring about change in Algeria.

Abderazak Mokri, the president of the Islamist Movement for the Society of Peace (MSP) party, affirmed that the Algerian people do have a say in introducing change to the country.

“These elections are a turning point,” he said.