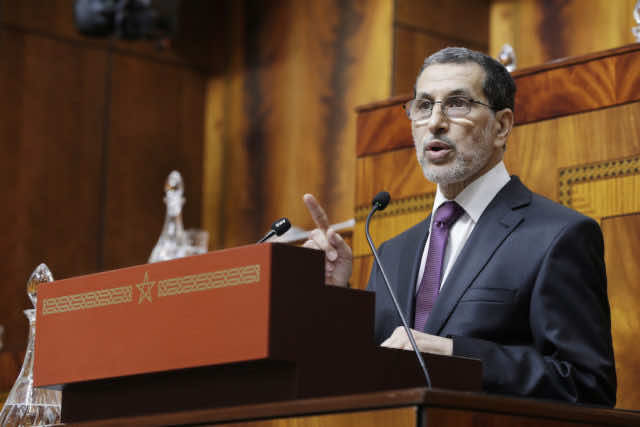 By
Chaima Lahsini
-
Chaima Lahsini is freelance journalist and activist with the Al-Fam collective in Rabat.
Apr 21, 2017
Spread the love

20 Percent of Tenders for SMEs

The government will work to support and strengthen the entrepreneurial fabric, particularly small businesses (TPE) and small and medium-sized enterprises (SMEs), to establish the national business preference system, and to setting up an incentive and innovative framework.

He also mentioned the implementation of provisions of the public procurement decree to reserve 20 percent of tenders for SMEs. Solidarity Agriculture will benefit from a plan 2017-2021 concerning 297 projects for a sum of MAD 6.5 billion to the benefit to 130,000 small farmers.

El Othmani also cited the acceleration of the merger of public authorities to support and encourage investment, export, and promotion, as well as the the establishment of a specific financial framework for newly created and emerging small and medium-sized industrial enterprises, increased support for small businesses become more competitive by supporting 20,000 companies, including 500 pioneers, and the development of a national strategy to integrate the informal private sector.

Incentives for the Extractive Industry

El Otmani’s government program proposes a package of measures in this context, including accelerating the pace of implementation of the new investment reform plan, and in particular the activation of the tax incentive system for new industrial companies and major exporting industries as well as the adoption of a new investment charter.

El Othmani also stated plans to strengthen Morocco’s leadership in the phosphate industry, and to establish a legal, administrative and organic framework to encourage investment in the mining and petroleum and natural gas sectors, in particular through the introduction of new incentives under the Finance Act and the Investment Charter.

The achievement of this objective requires a structural transformation of the economic fabric and investment incentives promoting the industrial and business sectors through the further implementation and support of the industrial acceleration plan 2014-2020, explained the head of government.

Promises to the Self-Employed

The head of government revealed the establishment of a program to promote self-employment of young people in rural areas. He said this initiative would strengthen employability through the establishment of a system of internships in administrations, public establishments, and local authorities. The project would be implemented following a call for proposals and the granting of financial support and coaching to the selected projects.

In addition, the government program aims to further develop and adapt labor legislation, promote decent work, and establish stable labor relations through the revision of the Labor Code through an inclusive participatory approach, labor inspection, extension of supervision to the institutions concerned by social legalization, and the extension and improvement of social security and medical coverage.

In this context, El Otmani will be working to improve and simplify the conditions loss-of-work compensation, as well as introduce a social security scheme for the self-employed and a comprehensive reform of pensions.

The head of government also mentioned a national water plan, which would strengthen infrastructure and water facilities by constructing 15 large dams for the period 2017-2021, at a rate of 3 per year, and 10 additional small dams per year in order to help supply rural communities with drinking water and irrigation.

El Othmani expressed the government’s commitment to strengthen the Moroccan model in renewable and efficient energy through the implementation and acceleration of the renewable energy plans to increase its shares from 42 percent in 2020 to 52 percent by 2030.

The head of government also plans to finalize the development of the National Energy Efficiency Strategy, the implementation of the first part of this strategy under a program contract for the period 2017-2021 between the Moroccan Agency for Energy Efficiency (AMEE), the government, and local authorities.