Rabat - The Kingdom of Morocco is following the internal situation in Venezuela with great concern, according to a statement from the Ministry of Foreign Affairs and International Cooperation. 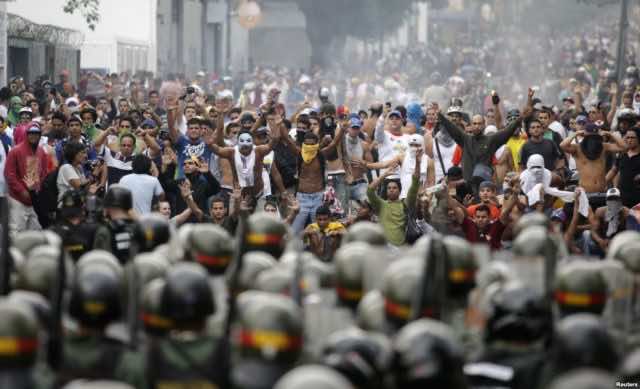 Rabat – The Kingdom of Morocco is following the internal situation in Venezuela with great concern, according to a statement from the Ministry of Foreign Affairs and International Cooperation.

“The Kingdom of Morocco deplores the fact that the peaceful demonstrations that took place this week in Venezuela have resulted in casualties, including deaths among the young people taking part,” the Foreign Ministry said in statement.

“Venezuela’s wide-ranging protests are the result of the deep deterioration of the political, economic and social situation in the country,” the ministry noted.

The same source added that this situation is inconsistent with the country’s large hydrocarbon resources, which, unfortunately, remain monopolized by a minority oligarchy in power.

“The Kingdom of Morocco strongly condemns the violation of political, economic and social rights in this country and is calling on the Venezuelan government to peacefully manage this crisis and comply with its international obligations,” the statement concluded.

Protests in the country were triggered three weeks ago, following a decision made by the Supreme Court to divest congress of virtually all its remaining authority. After a slew of international protest, however, that situation was reversed.

The tone of the protests has become increasingly violent since then, resulting in the deaths of nine people. According to the Associated Press (AP), at least five protestors were injured on Thursday night in a disturbance near Caracas’ main military base. As well, a maternity hospital was forced to evacuate mothers and their newborns after the area was saturated with tear gas.

American auto giant, GM, announced Thursday it was closing its Venezuelan plant after it was confiscated by government authorities on Wednesday. This has brought the US State Department into the mix, announcing they have begun an investigation into the matter. They have also made a formal request to the Venezuelan government to resolve the situation swiftly and peacefully.

The government, however, is keen to hang on to the power it has recently seized. President, Nicolas Maduro, appears to be using all his resources to rid himself of his opponents. On Wednesday alone, 565 protestors were arrested across the country and 334 were still being held Thursday.

Protestors are equally determined in their response, announcing plans for a new demonstration on Saturday. Participants have been instructed to wear white for a silent march intended to honour the protests’ victims. Sit-ins will also take place on Monday to block Venezuela’s major highways.