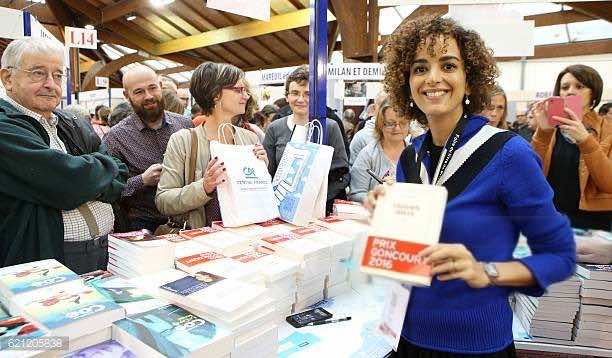 Rabat – This year, the Paris Book Fair, held March 24-27, decided to honor Moroccan literature. This is an event we have every reason to celebrate. Because, believe it or not, it is the first time since its creation that the Parisian Salon has given such a platform to a country from the Arab world.

For the past few weeks, I met many French journalists to discuss this event. Very modestly, most of them confessed a great misunderstanding of this literature. Often they admitted they do not know what to expect. Moroccan novels are very rarely featured in the French media and, apart from some very famous names, such as Tahar Ben Jelloun, Driss Chraïbi and Fouad Laroui, they feel unable to quote a Moroccan writer. “Moroccan Literature? Well, but what is that?”

And then, they plunge into books, discover the biographies of authors, read interviews and many have confessed to me that they were astonished by the content of the texts, their freedom, even their crudity.

I offered Mohamed Choukri’s “Bare Bread” to a journalist who called me the next day, completely upset. He had inquired about Choukri’s character, watched the famous interview with Bernard Pivot, and he assailed me with questions about this author and his contemporary successors: “Can you write that in Morocco? You can talk about drugs, sex, and violence with such freedom?” I do not know what this journalist has imagined. Perhaps he thought that the Moroccan authors were content to write oriental tales, with lascivious eroticism.

If our authors are so little known, it is not without reason. Those who publish in Morocco often have very few spaces or forums to exist, to express themselves and to make themselves known, especially abroad. In his remarkable essay “I have only one language, and it is not mine”, Kaoutar Harchi explained through the case of “Meursault contre enquête” by Kamel Daoud how the transition from a Moroccan publishing house to a French one made a huge qualitative leap for the Daoud’s novel in terms of media visibility. It is a pity, but it seems to me that this case would equally apply to Moroccan authors.

Obviously, the other problem, if not the major problem, is that there are insufficient Moroccan readers. Now, a writer only lives and grows by their readers. They are the ones who make their books exist, who debate them, who share them, question them, transmit them. Unfortunately, and this is especially true for French-speaking literature, the circle of readers remains very small.

Part of the problem is the absence of financial resources, access to the language and a lack of involvement of the Ministry of Education on this subject. At the International Book Fair held in Casablanca in January, I was struck by the great curiosity of the public, its appetite for books. People, especially young people, stopped for a long time in front of different stands. They looked at the books, read the back cover, asked questions but then at the end they left a bit embarrassed, apologizing for not buying the books that were too expensive for their limited budget.

But I want to pay tribute here to all those who still live for and from the book in a country where there is no book policy in the strict sense. I met in Morocco, booksellers absolutely passionate, who love authors and stories and who spend their energy without counting to make texts known, to organize meetings and debates. And I have to say that every time I attended a debate or reading, I was struck by the attendance of the public, its interest and the quality of its questions.

We must salute the work of Moroccan publishers who struggle to continue to exist, to find authors, to give life to their texts and to value their work. I recommend you also the book of Kenza Sefrioui, “Le livre à l’épreuve, les failles de la chaîne au Maroc”, published by Editions Tout Les Letters, which raises the alarm bell on the situation of books and reading in Morocco.