Washington D.C. - Since I started writing about the Sahara conflict, I used the term “Western Sahara” to refer to the disputed territory in question. 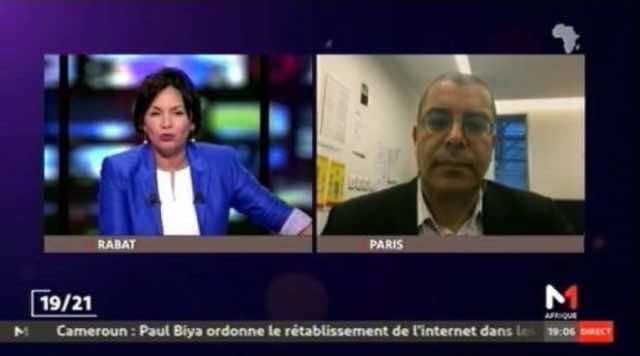 By
Hassan Masiky
-
Hassan Masiky was born in Kenitra, Morocco, and is based in Washington as a blogger and freelance writer.
Apr 25, 2017
Spread the love

Washington D.C. – Since I started writing about the Sahara conflict, I used the term “Western Sahara” to refer to the disputed territory in question.

The reason is simple: In using this expression instead of the Moroccan Sahara, my writings reach Algeria’s sympathizers and attract the most important and large audience of undecided and unfamiliar readers that Morocco needs to convince. This technic is vigorous, effective and successful in spreading the Moroccan version in this ongoing war of words between Rabat and Algiers.

Despite receiving hate mail and unpleasant messages accusing me of being unpatriotic and arrogant for my decision to refer to the Western Sahara, I continued to write with success about this subject. In fact, the success of this approach should be counted in the number of non-committed observers who convert to the Moroccan version of the conflict after reading posts similar to mine.

Consequently,  I was surprised and saddened by the news of the dismissal of Soumia Dghoughi, a journalist at the Morocco based international TV station Medi1, for using the expression “Western Sahara” to describe the Moroccan Sahara during her program “Africa tonight”.

For Medi1 TV to be a true international media outlet, it should give its journalists a certain leeway in their coverage of the Sahara conflict. In utilizing this term, Medi 1TV will make their coverage more effective in exposing the Algerian propaganda.

Actually, Soumia’s presentation goes to the heart of Morocco’s King new foreign policy campaign of challenging the Polisario and Algeria on the arenas that have been exclusively pro-Algiers for years. Using the “Western Sahara”, which is the name used in all of the United Nations and European Union documents, gives Medi 1 TV a credibility, which in return can be used to advance the Moroccan agenda.

As Morocco “co-exist” with the Algeria-backed Polisario separatists at the African Union and reopens its embassy in Havana, the most pro-Algeria post in the world, Medi 1 TV should take the initiative and softens its policy in the use of this term.

Calling the Western Sahara Moroccan in the local press will not convince the international audiences that Morocco is on the right side of history. The key in winning this media battle is to explain to the world the history, geography and politics of the region. Algeria exclusive use of this term played a fundamental part in Polisario’s dominance of the English Web content around the Sahara conflict.

In fact, ten years ago, the few articles I wrote in English were the only results for “Western Sahara” on Google Search; thus making my usage of the terms efficient and a free and reliable source to explain to readers, researchers, journalist and policy makers the history of the Moroccan Sahara.

If you google “Western Sahara” today, the term that most of international observes would use to document their research on this subject, you will unearth some of my writings along other Moroccans and pro-Algeria propaganda. In sum, without using this term, Moroccan positions would be absent on the Web and most of the English documentations about the conflict would be the Polisario literature.

While the majority of news and information that the public consume nowadays comes through   social media and not traditional media mediums like Medi 1TV, the dismissal of Dghoughi ,a competent journalist, for the use of a “wrong term” is a waste of time and energy and a PR faux pas.

Medi 1 TV should concentrate on reaching beyond its traditional base of Moroccan and Algerian Francophiles. It should drop the stale and restrictive coverage of 1980s and 1990s by encouraging divergent thinking and fresh and new story ideas.

As this mass media, war rages on, Rabat needs to stay smart and vigilant in dealing with reporting on the story. Calling Morocco’s southern provinces “the Western Sahara” on an international TV show is more effective and a smart PR move. Soumia Dghoughi did not break any professional rule. She should be reinstate.