Rabat -  American Vine and YouTube celebrity Amanda Cerny, known for her humorous attitude, appears to have quickly “mastered” the Moroccan art of tea-pouring. 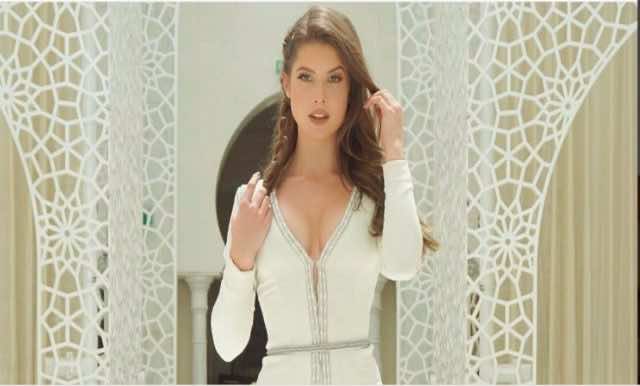 Rabat –  American Vine and YouTube celebrity Amanda Cerny, known for her humorous attitude, appears to have quickly “mastered” the Moroccan art of tea-pouring.

In a video posted by the youtuber on April 22 on various social networks which has already has been viewed over five million times, Cerny hangs out with record producer, singer, and songwriter RedOne.

At first glance, the two celebrities appear to be in a friendly meeting around a cup of tea. As Cerny is the kind of person who wouldn’t let a good laugh nor a viral video pass by, the video took unexpected turn.

Cerny and RedOne took on a challenge: Who will pour tea from the farthest destination? Unrealistic measures are assured!

It first began with pouring tea at arm length, then while standing, then while riding a donkey, a camel, an elephant and even a group of people. The competition was fair until tea is seen being poured from a helicopter, by none other than the expert in tea pouring, Amanda Cerny.

Tea service is not the only Moroccan tradition taken up by Cerny during her stay in Morocco. Earlier this week she posted a video in which she embarks on an entertaining session of belly dancing.

I was eating dinner at a beautiful palace after the longest day of work when the staff presented me with a costume and asked me to do the traditional belly dancing… OF COURSE I SAID YES ????? Don’t be afraid to make a fool out of yourself or else you may just miss out on the most incredible moments of your life ???Do something that gets you out of your comfort zone each day to allow yourself to grow as a person. ?? #teamcerny

The humorous video was the fruit of a collaboration between Cerny, RedOne, and the Moroccan National Office of Tourism (ONMT).

This collaboration aims to highlight the beauty of Marrakech, Tangier and Chefchaouen. As part of the initiative, 30 influential American bloggers from the music and entertainment industry traveled to Morocco from April 7 to 12 to partake in video shootings produced by RedOne as well as shooting their own videos.