Rabat - Eight Moroccans have been arrested in the province of Barcelona in a vast Spanish and Belgian joint security operation. 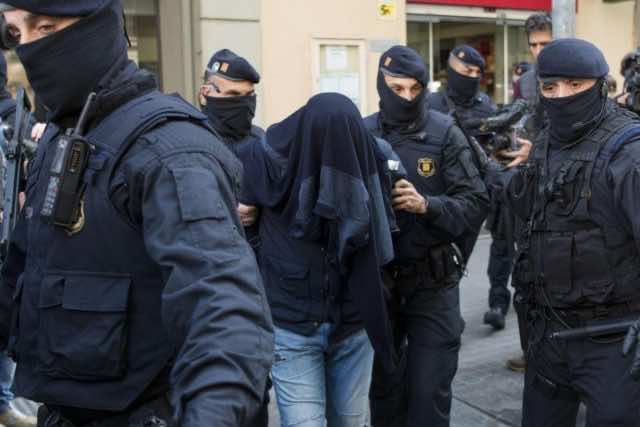 Rabat – Eight Moroccans have been arrested in the province of Barcelona in a vast Spanish and Belgian joint security operation.

Police of the region of Catalonia has said on Tuesday that nine people in total were arrested, one Spaniard and eight Moroccans.

Dozens of house searches were conducted in Barcelona’s municipalities leading to seizure of firearms, computer devices, money and drugs.

The suspects are believed to have connections with international terrorist groups, said Jordé Jané, a security official in the government of Catalonia.

Jané explained that “there are no clear indications the group had intentions to carry out terrorist attacks in Spain.”

Investigations into Brussels’ March 22, 2016 attacks revealed that the prime suspects had links with Moroccans living in Catalonia.

House searches were carried out in Morocco by Moroccan and Spanish police.

According to AFP, Catalonia police revealed that four of the arrested have ties with Brussels Attacks suspects.Jané explained that among the eight arrested, “some might have participated collaborated in past terrorist actions” and might have spent some time in Belgium.

The suspects are due to appear on Thursday before the Audiencia Nacional, Spain’s exceptional high court in Madrid.

They face charges of belonging to terrorist and crime organizations, as well as suspicion of drugs trafficking, arms possession and money laundering.