Rabat - The dismissal of Soumia Derhouri, a journalist at the Moroccan private TV station Medi1, for using the expression “Western Sahara” to describe the Moroccan Sahara during her program "Afrique Soir" has encountered a strong backlash, leading the channel to peddle pack its earlier explanations. 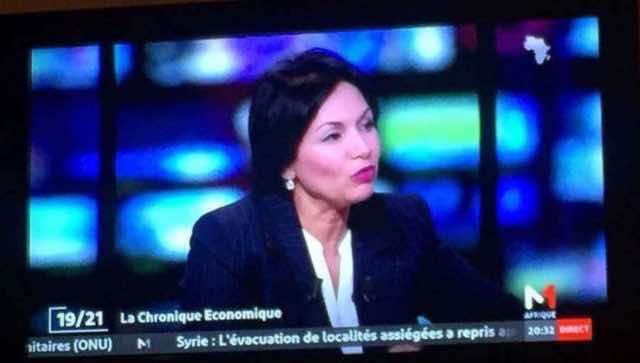 Rabat – The dismissal of Soumia Derhouri, a journalist at the Moroccan private TV station Medi1, for using the expression “Western Sahara” to describe the Moroccan Sahara during her program “Afrique Soir” has encountered a strong backlash, leading the channel to peddle pack its earlier explanations.

Derhourhi was sanctioned following an on-air slip when she used the term “Western Sahara” instead of “Moroccan Sahara”.

The same day, Medi1 TV channel issued a communiqué saying that “an error was detected” during the bulletin 21/00, when the journalist used the phrase “Western Sahara”, which was “contradictory to the editorial line of the Channel.”

The channel also announced the “suspension” of the journalist until an “internal audit” will establish all responsibilities.

Immediately after this communiqué, the journalist submitted her resignation. The news has gone viral on media and social media stirring a wide solidarity, within the journalistic community and observers as well. She also said that she would reveal the working conditions of journalists at the channel.

The argument was the following: “Saying ‘Western Sahara’ is a geographical indication which never means that Sahara is not Moroccan.”

By talking about the channel’s “editorial line,” the tone of the communiqué insinuated that the journalists tried to support the arguments of Polisario, which could be seen as “putting in doubt the loyalty of the journalist to this national issue.

The channel steps back

Facing this solidarity and controversy Medi1 TV has issued a new, changed, statement, saying that “no sanction was taken against Mrs. Soumiya Derhourhi,” but still she “was suspended of presenting the night news bulletin ‘Afrique-Soir’ until an internal audit is carried out to determine the circumstances that led to such a mistake live.”

As the communiqué pointed out, Derhourhi blamed her mistake on over-work during the days preceding the news bulletin.

The communiqué also explained that the anchor’s “mistake” was not limited to the Western Sahara, saying she attributed a sentence about “the independent cause of Western Sahara” to the Moroccan Foreign Ministry.

“Professionally speaking, it is inadmissible to commit such an error,” the comminqué continued. “However, at no moment was there any doubt, expressed by one of the channel’s managers, concerning Mme Derhourhi’s attachment to the values of the Moroccan nation and the territorial integrity of the kingdom.”

The channel’s communiqué reiterated that it considered the anchor’s slip a huge professional mistake for attributing a wrong statement to the Moroccan Ministry of Foreign Affairs about such a sensitive issue.

Nonetheless, the communiqué added, “no one accuses Mrs. Derhouri of acting on purpose.”