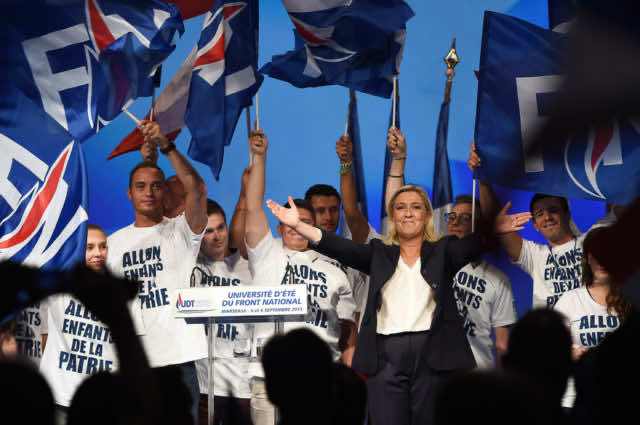 Rabat – Ahead of the second round of France’s presidential elections on May 7th, opposition supporters have been publishing a 2015 video of a Front National rally where the far-right party were caught selling shirts made in Morocco, despite their isolationist economic policies.

In the video published in September 2015 by Le Point, a journalist questions Front National supporters at a rally about the provenance of their party’s t-shirts. While the FN employees promise that the party does not produce anything abroad, instead favoring French businesses in France, they are surprised to discover their goods are actually produced in the North African country.

The journalist then turns to many participants in the meeting, trying to find an excuse for this apparent mistake. While certain participants argue it was probably to reduce costs, because a true “Made in France” policy remains very expensive, others say the t-shirts are produced by a French company and therefore are technically French products. Finally, some supporters prefer to lay the blame on the company they ordered them from, arguing that it, and not the party, are solely responsible for the error.

This is not the first time that the Front National has sold foreign-produced goods at its rallies, despite being a fervent supporter of “Made in France”.  Certain merchandise from the political campaign of 2012 were apparently shipped in from Bangladesh. For a candidate that has always promoted French businesses and strongly criticized companies that outsource their factories abroad, these Moroccan t-shirts appear as a contradiction to their purported values.

While no similar issue has been reported during the current elections, supporters of the opposition have been re-sharing the 2015 video to remind many voters ahead of the second round on May 7th, that Marine Le Pen may not actually be an honest supporter of a “Made in France” policy.