Rabat - As part of its 60th anniversary celebrations, Royal Air Maroc (RAM) decided to surprise their greatest traveller with a family reunion. 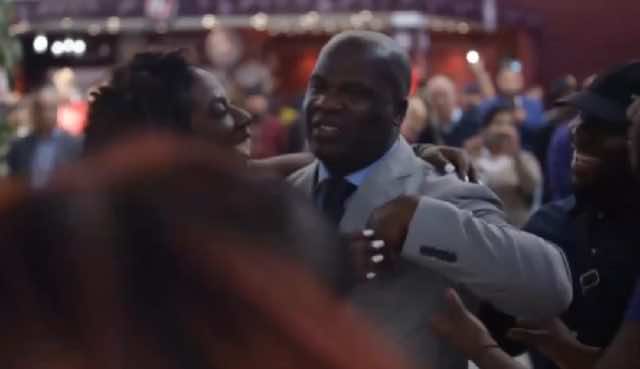 Rabat – As part of its 60th anniversary celebrations, Royal Air Maroc (RAM) decided to surprise their greatest traveller with a family reunion.

When you have four children living in four different cities spread across the globe, you do a lot of travelling. RAM has released a video highlighting the surprise they cooked up for a special client. Over the past three years he has logged more travel miles with the airline than anyone else.

As a reward, and to help the company celebrate 60 years of service, RAM decided to surprise the well-travelled father with an airport family reunion. They arranged to fly all four children to Casablanca from Montreal, Paris, Rennes and Abidjan.

The video shows the smartly-dressed father being greeted by airline representatives. Suddenly a flash mob breaks into a dance and, while he is taking in the show, his youngest child, daughter Maria, sneaks up behind her “Papa.” Tapping him on the back he turns and looks down, joyously scooping the girl into his arms while onlookers cheer.

One by one his other children come out of hiding. Sydney who lives in Abidjan, Sara from Montreal and Nelly who arrived from Rennes, all gather around their jubilant father. At one point his joy overcomes him and he reaches for his handkerchief but the smile on his face says it all.

Then RAM staff unfurl a sign that reads “Bravo Papa! Tu es le Meilleur!” The video comes to a close with the caption; “Vous n’imaginez pas ce qu’un pere peut faire pour ses enfants,” (You cannot imagine what a father can do for his children).

Response to the video on the airline’s Facebook page has been positive with comments like; “G’m pleasantly surprise. Congratulations to the ram. Keep c a very good initiative.”