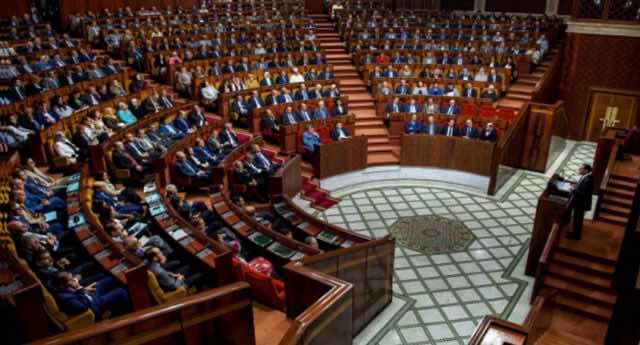 The program consists of 90 pages and divided into five main axes, including “continuing the social reforms,” “consolidating the advanced regional,” “boosting the economy and sustainable development,” “fostering good governance,” and “strengthening democracy.”

However, observers view that there are gaps in the program.

The new government did include any new axes in its program, which will apply throughout its mandate.  The same classical axes that have been initiated since the [alternation] government of Abderhmane El Youssoufi [from March 14th 1998 to September 6th 2000], are being repeated.

The same topics are being repeated, health, economy and so on. The graphic design on the cover has been changed slightly. There is a lack of creativity.

2 – Boring Program, No Deadlines Were Set

In addition to the failure of  program’s wording  allow us to perceive the management of the government’s executive power in order to find that there is no compiling program and a unified line include the dispersed sectors of the government in order to be coherent. It appears the committee tasked with preparing the program had too tight a deadline to prepare a clear program reflective of the cohesion in the government’s political components and sectors.

The program also did not set any specific deadline for the projects that will be implemented. This will prevent the officials from being held accountable in the future.

There is a lack of correspondence between the government program and the parties’ electoral programs, which they capitalized on only to court the votes of the citizens on October 7.

This is reflected in the absence of the trends and ideologies of the political parties within the details and orientations of the program, in addition to the dominance of the bureaucratic trend that contributed in the preparation of a hybrid program including leftists, Islamist conservatives, modernists, and Amazighs.

The program also lacked balance and a systematic distribution of sectors within the topography of the government program. It has appeared that certain sectors, such as justice, finance, water, agriculture, equipment and education, have a clear vision, while others, such as employment, tourism, energy and minerals, look just like ink on paper due to an absence of a clear vision.

4– No Vision to Reform Ministers’ Pension and Compensation Fund

The controversial issue of the Ministers and members of the parliament pensions which has outraged Moroccan citizens was been mentioned in the program. The issue, which was criticized by the Socialist Union of Popular Forces (USFP), has not been declared as a priority of the government to reform.

The government has pledged to continue its reforms of the compensation fund and its subsidies of staple goods that have already been subsided. However, the program did not set a schedule for its reforms and it did not specify the goods that will be supported and the government’s process to deal with the issue. It seems that Othmani only attempted to reassure the Justice and Development Party (PJD), which sees this issue is as a barometer for measuring the legitimacy of the new government.

5 – Neither Diplomacy or Religion nor State of Emergency

The government’s plan for diplomacy, security and the religions is shameful.  It has appeared that the [inclusion and reversion of these fields for the King] in accordance with the constitutions have diminished any moving attempt of the government to act. It only expresses its unconditional support for the King in these fields.