Rabat - The Moroccan Union of Labor (UMT) and representatives of political organizations in the House of Councilors called out the shortcomings they see in coalition head Saad Eddine Othmani's recently released government program at a plenary session on Tuesday, April 18 in Rabat. 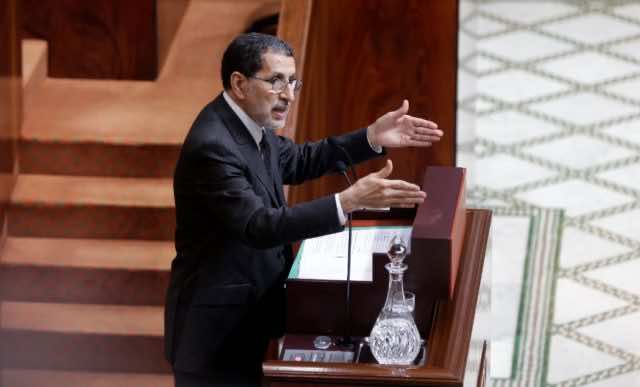 Rabat – The Moroccan Union of Labor (UMT) and representatives of political organizations in the House of Councilors called out the shortcomings they see in coalition head Saad Eddine Othmani’s recently released government program at a plenary session on Tuesday, April 18 in Rabat.

The UMT criticized the program for being “more similar to a declaration of intentions” rather than having specific commitments.

The union expected, among other things, the adoption of all international labor market conventions, particularly freedom of association. It also called for the abolition of article 288 of the Penal Code, which punishes striking workers and trade unionists with imprisonment.

The UMT also found fault with the economic measures suggested by the governmental program, saying that it doesn’t commit to a plan for reducing public debt.The UMT also criticized the government for continuing to adhere to measures dictated by international institutions, particularly the International Monetary Fund.

The union highlighted the lack of measures towards integrating the five million people working in the informal sector, adding that the “plan of action gives no interest to the middle class.”

The UMT called the government’s plan to raise the rate of employment to 8.5% unrealistically “utopian.” With a growth rate not exceeding 4.5% to 5%, “it would be impossible to integrate almost 400,000 job seekers each year,” the union said.

A Democratic Labor Organization (ODT) representative in the House of Councilors also expressed his suspicions of the governmental program, asking, “How is it possible to prepare a government program in a week, when it took 6 months to form the new coalition? “

Abdelaziz Benazzouz, president of the WFP parliamentary group in the House of Councilors, said that the program does not have an economic, social and cultural vision capable of addressing the many challenges facing the country. He added that “this program puts us before a government that is a copy of the previous one” when the former head of government, Abdelilah Benkirane, has himself acknowledged his inability to manage social issues like education and health.

An Inconsistent and Unclear Program

The head of Authenticity and Modernity Party (PAM) in the parliament, Abdelaziz Benazouz, accused the government of sidestepping its responsibility for concrete actions and objectives.

According to Benazouz, the program’s only concrete measure is the continuation of the compensation fund. “But,” he added, “even the official position on this issue remains uncertain, since two ministers of this government have held contradictory speeches.”

The parliamentarian also dwelt on the consequences of the six-month-long governmental deadlock. According to him, the deadlock  the loss of MAD 24 billion in government funds.