Rabat - A German soldier suspected of planning attacks against foreigners has been arrested, the General Prosecution in Frankfurt said on Thursday. 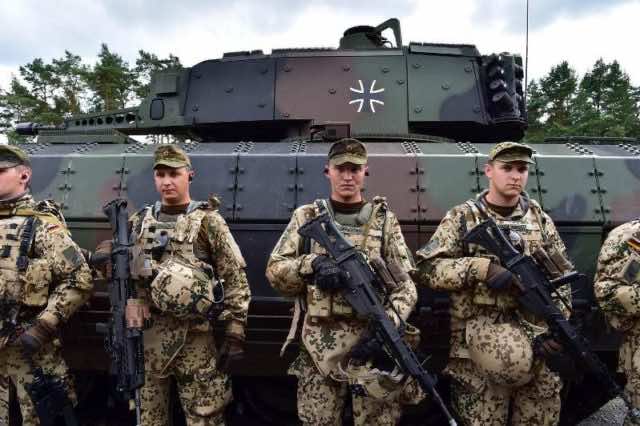 Rabat – A German soldier suspected of planning attacks against foreigners has been arrested, the General Prosecution in Frankfurt said on Thursday.

The Agence France-Presse (AFP) reported that the soldier was arrested along with a German student, aged 24, for allegedly planning to carry out attacks.

The prime suspect, aged 28, is a Lieutenant in the German Army.

Illkrich is home to a major French-German military base in which the Bundeswehr soldier was stationed. Investigators did not provide details about the attack’s targets, but the General Prosecution in Frankfurt said he held “xenophobic” convictions, which might be an indication he had intentions to target foreigners.

German media also mentioned that he might have been planning false flag attacks to be blamed on foreigners.

For the past two years, the suspect had been living a double life as a soldier in France and refugee in Hesse, central Germany, said the German daily “Die Welt”.In December 2015 was able to register himself as a Syrian refugee in Germany despite not speaking Arabic. The newspaper added that he successfully hid his nationality by speaking only in French.

His asylum application was approved in January 2016, earning him social aid and housing.