Rabat - The Moroccan economy has shown remarkable resilience throughout the 2008-2009 worldwide financial crisis and the European economic slowdown, according to a recently published report by the Mediterranean Co-Production Observatory. 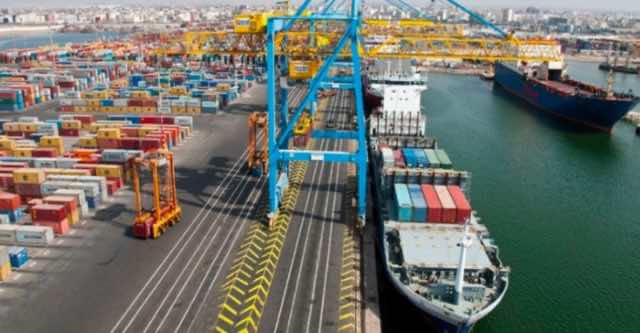 Rabat – The Moroccan economy has shown remarkable resilience throughout the 2008-2009 worldwide financial crisis and the European economic slowdown, according to a recently published report by the Mediterranean Co-Production Observatory.

The report notes that the Kingdom has emerged from the recent international economic shocks practically unscathed.

Good harvests and the resistance of national demand explain the economic stability of Morocco.The document, entitled “Co-production in Morocco: context, achievements and prospects”, specifies that even in 2011, while an unstable Tunisia going through the Arab Spring saw its GDP decline, Moroccan economic growth rebounded and flew above the average of countries in the south and east Mediterranean.

GDP growth, stable at around 4% since 2010, is expected to continue its gradual upward trend towards the 6% by the end of the decade, stated the report, adding that “political stability and reforms undertaken over the past 10 years seem to have made Morocco a safe haven within a Mediterranean space swept by uncertainty.”

The report presents a thorough analysis of the resilience of the Moroccan economy. It explains that transformations of the productive apparatus have resulted in a rise in the range of value chains. In particular, this has enabled a rebalancing of external trade and a better distribution of wealth creation among partners. The report adds that the Moroccan economy can thus produce a wider and more complex range of products, taking advantage of the increase in final consumption expenditure generated by these higher value-added activities and the emergence of middle classes.

Moreover, the report highlights how these developments took place in a context of integration of Morocco within Europe and sub-Saharan Africa, allowing the Kingdom to capitalize on growth drivers in each area.

The Moroccan economy, which has become more autonomous due to its diversity and tertiarization, is ideally positioned to benefit from value chains of the North and exploit the economic prospects of the South, as it is less sensitive to international conjunctures and can therefore respond more flexibly to market turbulence.

Relatively spared by the recent global and regional crises, Morocco has benefited from by its institutional stability and the economic reforms undertaken over the last ten years, the document argues, explaining that this long-term proactive policy has created modern entrepreneurial ecosystems, attracting foreign investors in cutting-edge sectors such as the automotive and aerospace industries as well as the railway and renewable energy sectors.

Local integration, defined as the participation of Moroccan companies, alongside foreign companies but also public actors, with a view to creating value, is intensifying in all these areas thanks to the joint actions of the various national ministries and groups, said the same source, pointing out that all these synergies reveal excellent examples of co-production, generating jobs in the North as well as in the South.

In parallel, the establishment of large Moroccan companies in West and Central Africa makes the Kingdom a privileged gateway to the south of the continent, the report notes, adding that positioned at the center of an Africa-Mediterranean-Europe vertical, Morocco intends to exploit this strategic positioning to capture Northern investments and technologies and direct them to the markets and resources of the South, in a win-win partnership.

Moreover, COP22, held in Marrakech at the end of 2016, widely popularized these benefits, notably in sectors with a high future and high technological intensity, and intensified collaborations between companies on both shores of the Mediterranean, states the document.

This report, the third publication of the Co-Production Observatory, aims to analyze Morocco’s positioning in the Mediterranean macroeconomic environment and the dynamics of foreign investment in the Kingdom, in order to offer recommendations to accompany the development of the co-production and a better integration of the country in the Mediterranean and world economy. It analyzes the economic strategies from the point of view of co-production and their effects on the main sectors of activity. putting in perspective these national trends and their expected global and regional developments.

The Mediterranean Co-production Observatory, which is managed by the Institute for Economic Prospects of the Mediterranean World (IPEMED) and supported by the public investment bank Bpifrance and the Paris-Ile-de-France Chamber of Commerce and Industry, aims to analyze qualitatively Mediterranean investors’ strategies, behavior, expectations, and the difficulties they encounter in order to fit into the local fabric.